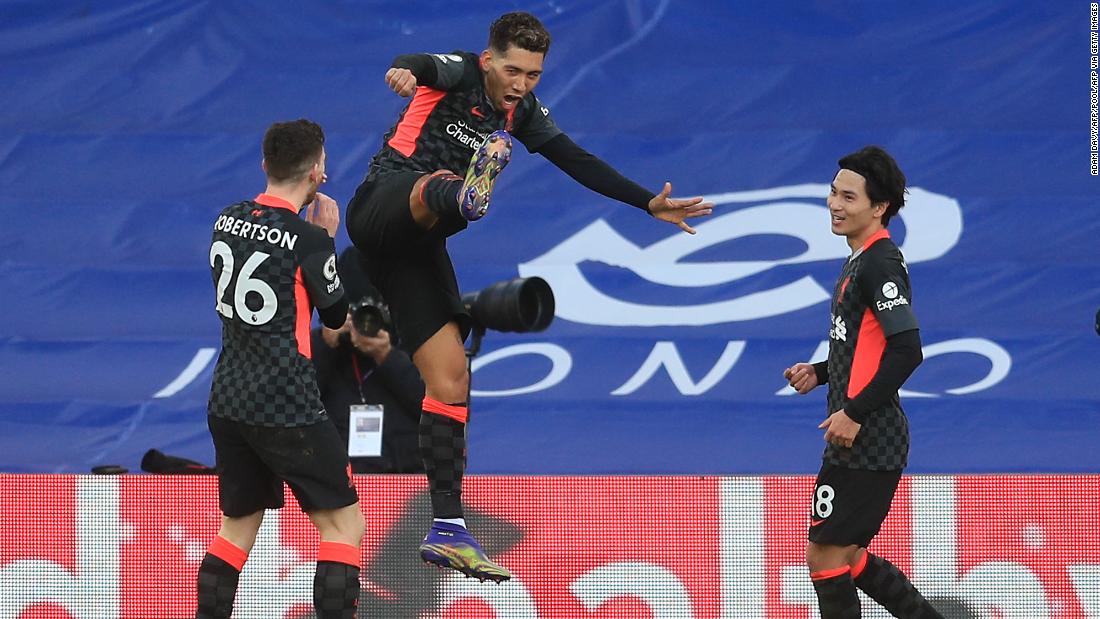 It’s the first time in the club’s history that Liverpool has won by seven goals away from home in the English top flight, adding yet another record to this side’s illustrious catalog of accolades.

Liverpool’s victory puts the team six points clear at the top of the Premier League, but more importantly, it signals that Jurgen Klopp’s side may well be back to its very best.

The Reds have struggled at times to replicate the scintillating form that saw them win the title at a canter last season, in particular looking shaky in defense.

However, despite the absence of two of its main defenders in Virgil Van Dijk and Joe Gomez — the former likely out for the rest of the season — Liverpool has navigated the recent congested fixture list expertly.

Though the wins and the points have flowed, the football on the pitch has been far from perfect. Saturday’s win, however, is an ominous sign to those hoping to dethrone Liverpool that Klopp has once again got this team to click.

Liverpool started the game without main man Mo Salah, who was initially rested ahead of the busy upcoming Christmas schedule.

It was his replacement up front, Takumi Minamino, who opened the scoring inside of three minutes. However, that early goal certainly didn’t appear to be a sign of things to come, with Liverpool being forced to weather some heavy first-half pressure from Crystal Palace.

The home side created several glorious opportunities but failed to take any of them.

Eventually, Liverpool’s quality proved to be too much for Palace, with Sadio Mane and Roberto Firmino scoring two glorious goals to make it 3-0 at half time.

Captain Jordan Henderson scored another stunning goal, bending in his effort from outside the box just after the restart. Salah came on soon afterward and helped himself to two late goals, the first a wonderful strike from outside the box, to add to Firmino’s second of the game.

Palace manager Roy Hodgson allowed himself a wry grin in the dugout, knowing he and his side were powerless to stop the Liverpool onslaught.

There will be very few teams, if any, relishing the prospect of facing this reinvigorated Liverpool side, which is now looking increasingly likely to retain its Premier League title.