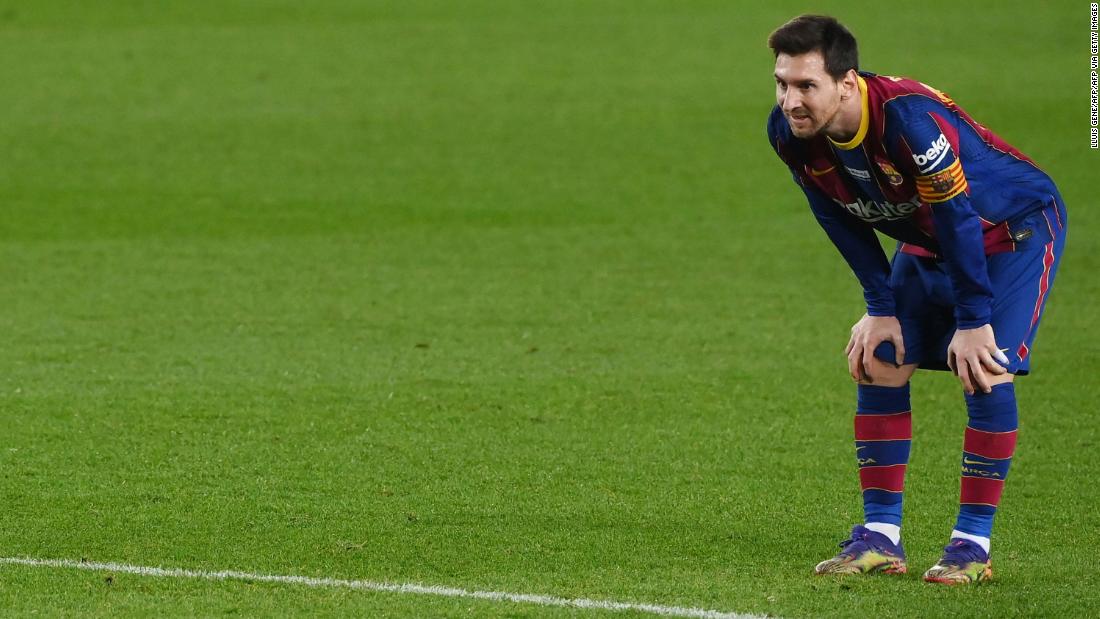 The Argentine forward drew level with Pele’s record of 643 goals for a single club at the weekend and he could surpass that mark as Barcelona faces Real Valladolid on Tuesday.

“The truth is today I’m good, but I was really bad all of summer, since before summer, because of how the season ended,” he said in an interview with Spanish TV channel La Sexta.
“Then came what happened in summer, the burofax and all of that. Then honestly I dragged that into the beginning of the season. Nowadays, I’m good.

“I have the motivation to seriously fight for everything we have in front of us … I know the club is facing a complicated moment, at the club and team level, and that makes everything around Barcelona difficult, but I have motivation.”

Messi previously said he had wanted to leave Barcelona “all year” and claimed a clause in his contract meant he could do so for free, but the 33-year-old was ultimately forced to stay as the club disagreed and wasn’t willing to reduce its €700 million ($897 million) release clause.

He also said his love for the club meant he had no intention of taking the matter to court and dragging out a legal dispute.

Barcelona is currently fifth in La Liga and eight points behind leader Atletico Madrid after a rocky start.

He scored 25 goals in 33 league games last season as Barcelona finished second behind Real Madrid and has netted six times so far this campaign.

Upon collecting his fourth consecutive Pichichi trophy, Messi spoke of the difficulty of playing without fans in stadiums.

“It’s horrible to play without fans. It’s not a nice feeling,” he told Marca.

“Not seeing anyone in the stadium makes it like training, and it takes a lot to get into the game at the beginning. That’s why we see such even games.

“It’s very hard to beat whoever you are playing against.

“The pandemic has caused football to change a lot, and for the worse. We are seeing it in games. Hopefully after all this is over, we can get people back into the stadiums and get back to normal.”