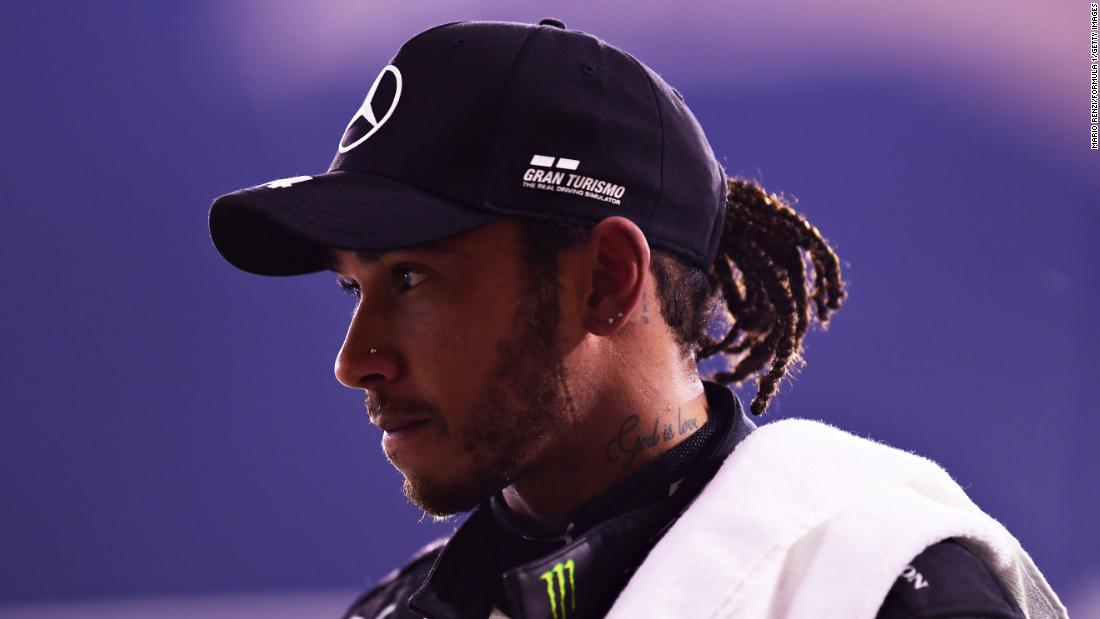 His Mercedes team said that the seven-time Formula One world champion was self-isolating and had only mild symptoms.

“He is otherwise fit and well, and the entire team sends him its very best wishes for a swift recovery,” said Mercedes in a statement.

According to Mercedes, Hamilton was tested three times last week, including at the Bahrain International Circuit on Sunday, where he won the Bahrain Grand Prix. He returned a negative result each time.

The 35-year-old Briton woke up on Monday morning with mild symptoms and was informed that a contact from before his arrival in Bahrain had tested positive. He took a further test and returned a positive result, which has been confirmed by a retest.

“I’m devastated that I won’t be racing this weekend,” Hamilton said in a post on social media.

“Since we started the season in June, my team and I have been taking all the precautions we possibly can and following the regulations everywhere we’ve been in order to stay safe.

“Unfortunately, even though I returned three negative results this past week, I woke up yesterday morning with mild symptoms and requested another test which came back positive. I’ve immediately gone into self-isolation for 10 days.”

Mercedes said a replacement driver for this weekend would be announced in due course. Over the last weekend in November and the first in December, Bahrain is hosting F1’s third double-header of the 2020 season.

READ: Grosjean hails halo as the ‘greatest thing’ in F1

Hamilton’s victory on Sunday saw him claim a record-extending 95th win of his career.

Hamilton has claimed 11 victories during 2020, which equals his personal race win record in a F1 season. Schumacher and Sebastian Vettel jointly hold the F1 record with 13 wins in a season and Hamilton’s withdrawal from the Sakhir GP means the Briton will not be able to reach that landmark as after Sunday there is only one more race — the Abu Dhabi GP.