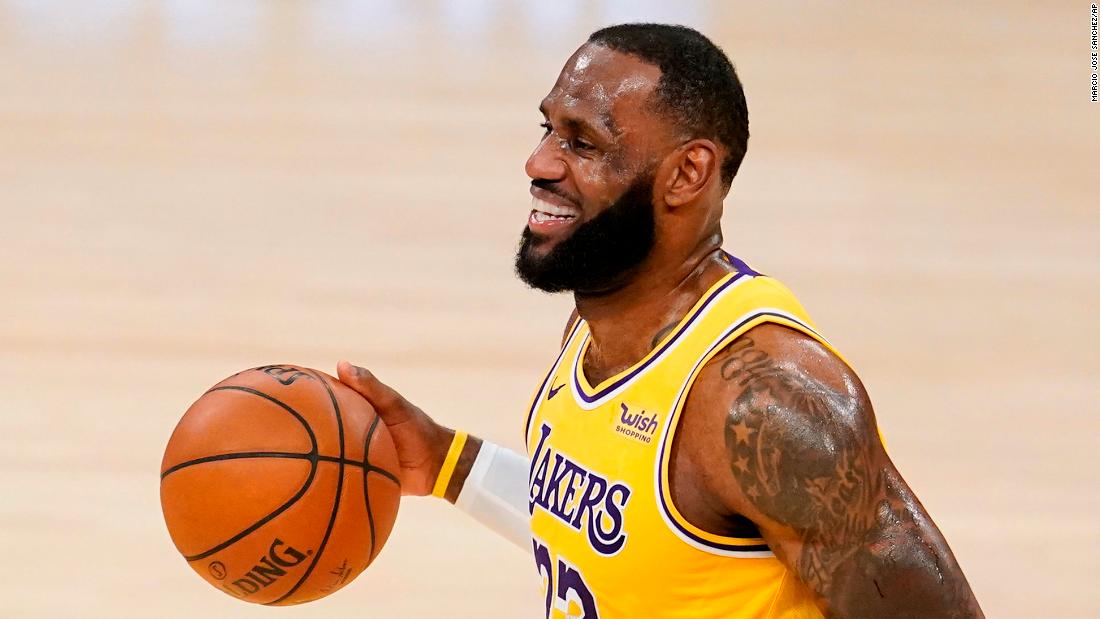 The 36-year-old, who has become a leading voice against racial injustice and police brutality, helped inspire the Los Angeles Lakers to their 17th NBA Championship, while individually winning his fourth NBA title and fourth Finals MVP award.

Lewis Hamilton was also included on the Sportsman of the Year list, after winning his seventh Formula One world championship title, equaling the great Michael Schumacher’s record.
Earlier in the year, Hamilton said he was “completely overcome with rage” after seeing George Floyd’s death when a white policeman knelt on his neck for nearly nine minutes.
As well as being the dominant star in F1, and the only Black world champion in its history, Hamilton played a prominent role in the United Kingdom’s Black Lives Matter movement advocating for racial equality, and was subsequently knighted in the UK’s New Year’s Honours List.
READ: Erling Braut Haaland: The making of football’s ‘humble’ superstar

Naomi Osaka, recent winner of her fourth grand slam at the Australian Open, won her second US Open in 2020, and is shortlisted for the Sportswoman of the Year award.

Aged only 22 at the time of her US Open win , Osaka wore a face covering displaying the name of a different Black victim of alleged police or racist violence in the US — from Breonna Taylor in her first round-match against Misaki Doi to Tamir Rice in the final against Azarenka — before each match at the US Open.
“I just felt like it was important to hopefully use my platform for something good,” she said, speaking to CNN’s Don Riddell.

“While I’m here, while for some reason there’s a TV camera on me, I might as well use it to the best of my ability.”

Included in the world breakthrough category is Tadej Pogacar who became the youngest rider in a century to win the Tour de France.

One his way to becoming the first Slovenian to ever triumph in the epic three-week race, Pogacar overtook the leader, his compatriot Primoz Roglic, in the penultimate stage to claim the yellow jersey.

Featuring in the category of World Comeback of the Year is Alex Smith, quarterback for the Washington Football Team, who returned to the field of play after a devastating leg injury led to 17 operations and 728 days on the sidelines.

In line with the disruption caused to major sporting events by the coronavirus pandemic, the Laureus World Sports Awards will not be presented in one gala ceremony this year as is tradition, and winners will receive their awards individually in protected locations.

Since 2000, the Laureus Sport for Good Foundation has honored inspirational individuals and teams each year.

Dubbed “The Oscars of Sport,” Laureus awards aim to “recognize the most memorable sports achievements and acknowledge the wider impact on society, made by athletes.”

Last year, for the first time, the World Sportsman of the Year Award was shared, with Hamilton winning the title jointly with Barcelona star Lionel Messi.

The full shortlists for the 2021 Laureus World Sport Awards are as follows: