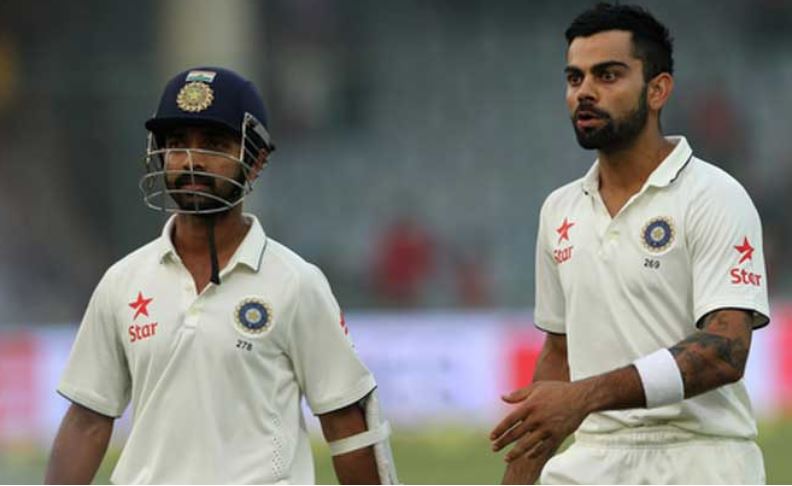 Since the past few months, there has been a big debate going-on in the cricketing circles in India about the captaincy of the Indian team. This debate gained momentum when India won a historic series against Australia in the absence of Kohli and under the leadership of Virat Kohli. Some fans and experts have been demanding a separate captain for separate formats. But in a recent virtual press conference, Ajinkya Rahane has slammed the critics, saying that everything is well between him and the captain.

Rahane, who was the captain in Australia has struggled for his own form with the bat but is confident to bounce-back in the series. On the entire issue about the captaincy, Rahane clearly said: “It is not always possible to have the same sort of energy on the field. The lack of energy sometimes on the field in the first Test was not due to Virat Kohli returning as skipper. Virat Kohli is and will continue to be my captain. Kuch masala nahi milega yahan (You won’t find anything controversial here).”

The debate holds very less value and all the critics would be dumbfounded if India happen to win the series against England and qualify for the World Test Championship (WTC). But Kohli’s recent captaincy form has been a cause of concern for the Indian side. India has lost four matches on a trot under Virat’s captaincy. Just like Rahane, Virat also doesn’t seem to pay heed to this debate around the captaincy of Indian team. He had said: “I would like to mention, he fulfilled his responsibility in Australia with flying colours, it was amazing to see him lead the team towards victory, which has always been our goal,” when asked about Rahane’s role in Australia. This shows that there’s not any controversy (or Masala) as Ajinkya Rahane said between the captain and vice-captain of the Indian team.

Rahane in his press conference rerained from commenting on the playing eleven that India will go in with.