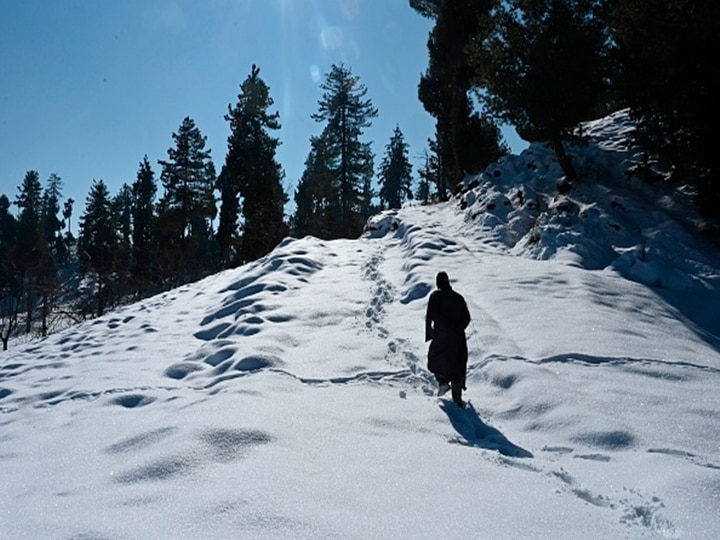 Kashmir region on Sunday received moderate to heavy snowfall while rains lashed lashed the Jammu and Ladakh division. Metrological department had forecast widespread snowfall in many areas of the valley on Sunday and Monday and heavy snowfall at isolated places.

The snowfall threw life out of gear across Kashmir where people complained of closed roads and power outage, the authorities claimed that in all the districts administration was reaching out to people with machinery.

Authorities has also suspended traffic on the Srinagar-Jammu highway because of heavy snow accumulation in the Jawahar Tunnel area. However minimum temperatures improved throughout J&K on Sunday.

Srinagar recorded minus 1.5, Pahalgam minus 1.5 while Gulmarg had minus 5.0 as the minimum temperature. The-day long period of harsh winter cold known as the ‘Chillai Kalan’, will end on January 31.

Meanwhile Indian Metrological department said that “At present widespread light to moderate snowfall /rain with thunderstorm in plains of Jmu reported from Jmu and Kmr whereas weather remained mainly dry in Ladakh.

Forecast for next 5 days: Moderate to heavy snowfall /rain with thunderstorm most likely to continue till 6th Forenoon. We expect heavy to very heavy snowfall mainly during 4th afternoon to 5th especially in South Kmr, Poonch, Rajouri, Banihal-Ramban, Reasi. Light to Moderate snowfall is also likely in Zanskar, Drass,Kargil, LEH Etc. on 5th.

Probable Impacts: Due to heavy snowfall, MET office has said that there can be Disruption of Surface n Air transportation, Landslide on hilly area, water logging in local drainage etc. It also said that Heavy to very heavy snowfall /rain at scattered places of Jmu and Kmr during nxt 3 days and significant improvement from 6th onwards.