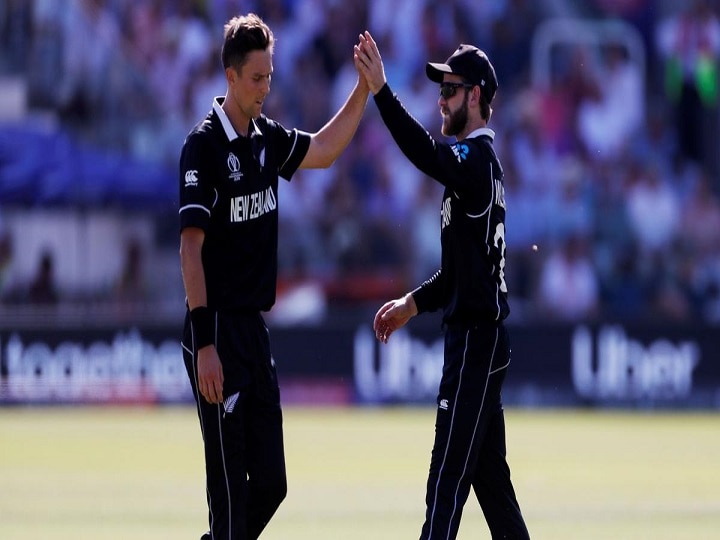 New Zealand Cricket on Saturday confirmed that skipper Kane Williamson and seamer Trent Boult have been included in the national T20I squad for the 3-match series against Pakistan, starting December 12.

Kane Williamson and Trent Boult who along with Tim Southee, Kyle Jamieson and Daryl Mitchell are currently playing the 2nd Test against West Indies at  will only be available for the second and third games of the T20I series against Pakistan.

Spin all-rounder Mitchell Santner will don the captaincy’s hat for the Kiwis in the series opener at Eden Park before seasoned skipper Williamson takes over the reins of the hosts in the second and third game.

The notable omission from Black Caps T20 squad is experienced campaigner Ross Taylor. Pacer Hamish Bennett has also been ruled out of the series due to an abdominal tear sustained in round three of the Ford Trophy.

“We were thrilled Glenn and Devon were able to take their opportunities so well in the previous series and we’re keen to give them the chance to back that up against a strong Pakistan T20 outfit,” said selector Gavin Larsen on Saturday (December 12).

“Their inclusion and the return of Kane means we’ve left out Ross Taylor. This was, as you’d imagine, a very tough decision as Ross has been a consistent performer for us, but unfortunately, we just couldn’t find room in the squad for him due to the quality and form of the other batsmen”, said Larsen.

Seamer Jacob Duffy has earned his maiden call-up to the NZ T20I squad after impressive performances in domestic cricket and for New Zealand A.