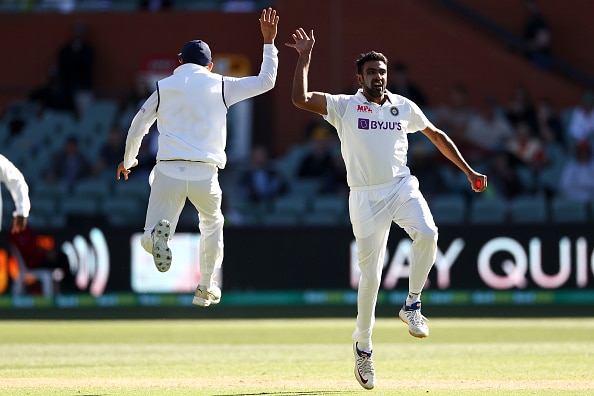 India vs England at the Narendra Modi Stadium in Ahmedabad was underway on Wednesday. Earlier the stadium was renamed from Motera Stadium to Narendra Modi Stadium by Home Minister Amit Shah. After losing two quick wickets in the first seen overs, England managed to steady their ship for a while as Root and Zack Crawley built a good partnership. But Root faltered to a beauty by Ashwin. When Root got out, England’s score was 74-3.

The pitch looks very dry and the dust is coming off the pitch every time the ball is flighted. It looks like a pitch that will deteriorate in the coming days. Also, Virat Kohli was being questioned about his decision to include just two seamers on a pitch that could help the fast-bowlers, but he was bang on in picking up three experienced spin bowlers. English batsmen look troubled when they were facing the Indian spinners. The ball went past the English batsmen’s bat quite a few times and it was only a matter of time before the Indian bowlers started picking up wickets.

It sounds a little unusual to call the evening session break as ‘Tea’, but at Tea on Day 1, India were in a commanding position in the game. India managed to pick four top-order England batsman. Even the priced wicket of Joe Root was picked by Ravi Ashwin.

Ben Stokes and Ollie Pope were present at the crease when the teams went in to the break.