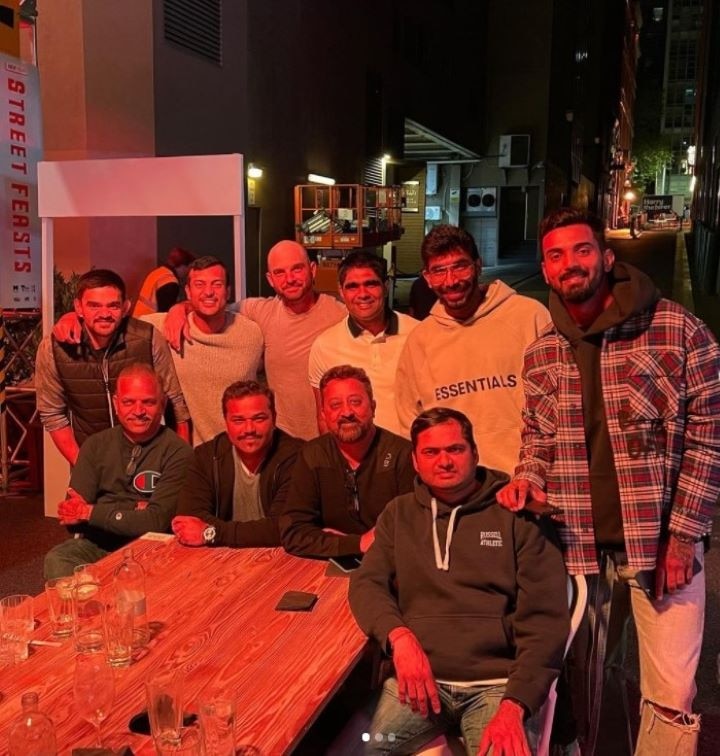 Indian team kickstarted the new year 2021 with celebrations in Australia as they are in Melbourne ahead of the third Test in Sydney. KL Rahul posted a picture on social media where he can be seen alongside Jasprit Bumrah, Mayank Agarwal, and other members of the support staff. “New year, New feels, New chances. Same dreams, Fresh starts. 2021” wrote Rahul on Instagram. The Board of Control for Cricket in India (BCCI) wished their followers on the New Year with a post on social media.

The men in blue took to social media to share greetings on New Year 2021. Shikhar Dhawan posted a picture with his son and wrote:

Shreyas Iyer wrote on Instagram, “2020 brought a lot of opportunities, growth, and learning for me. I’ll take a lot of lessons heading into the New Year! 2021, ready for what you have in store.”

While the Indian team went on a two-day break, opener Rohit Sharma has begun his preparations for the third Test, under the watchful eyes of batting coach Vikram Rathour. Rohit had joined the team in Melbourne hotel after completing a 14-day quarantine in Sydney.

The four-match test series is currently tied 1-1 after two games. Australia won the first match in Adelaide by eight wickets while India took the second Test in Melbourne by the same margin.