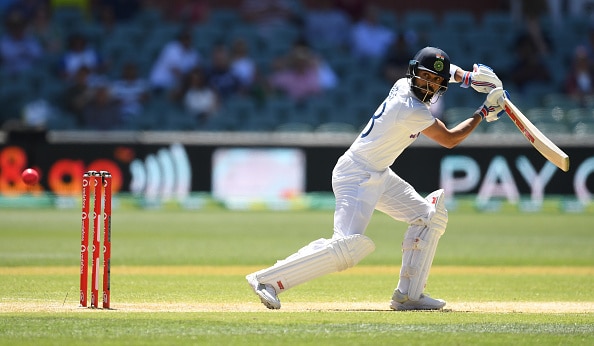 India scored in excess of 100 runs in the first session on Day 3, although they lost five wickets too. India began the Day at 52/1 with Rohit and Pujara at the crease. But India lost Pujara very early on in the innings in an unfortunate way. As the ball was fielded, Pujara tried to get back in a casual manner but Pope who was at the short-leg position flicked the ball quickly to the wicket-keeper Foakes who uprooted the stumps. After the loss of Pujara early on, India lost five wickets in a hurry. Rohit, Pant, Rahane and Axar; all fell to the England spinners.

The score was at 106/6 when Axar Patel got out. But Ashwin along with Captain Virat Kohli is looking to score runs and not lose any more wickets for as long as they can. The conditions are challenging for the batsmen, but Kohli and Ashwin will look to score as many runs possible as the wicket is deteriorating with every passing ball.

The spinners are getting purchase out of the pitch and picking up wickets is not looking too difficult on this wicket. Kohli and Ashwin have to be careful while playing drives and expansive shots as the ball is turning and bouncing off the pitch. Earlier yesterday, the pitch at Chennai was criticized for favoring the spinners.

With so much turn and bounce, things look easy and smooth for India who has Ashwin, Axar and Kuldeep in the spin department to rattle the English batsmen. It would be surprising if the match goes on till the fifth Day. At Lunch on Day3, India leads by 351 runs and the score is at 156/6.