Ind vs Aus: Virat Kohli To Hold A Special Team Meeting Before Leaving For Home 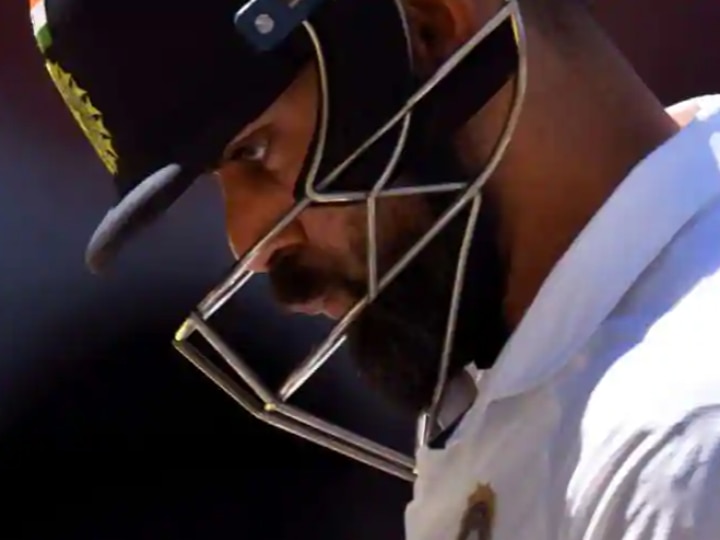 After the embarrassing defeat in Adelaide, the morale of Indian cricket team has dropped badly. The visitors are looking for a way to make a stunning comeback into the series. However, it will not be easy for team India to make it 1-1 at Melbourne as not only they will miss the service of run-machine Virat Kohli, but also senior fast bowler Mohammad Shami has reportedly been ruled out of the remainder of Ind vs Aus Test series after getting injured.

In such a situation, before leaving Australia on Tuesday, captain Kohli has made one last effort to motivate his boys and lift up their spirits after a shambolic loss in 1st Test at Adelaide. According to a report in Times of India, Virat Kohli will address a special team meeting before leaving for India.

“The emphasis of the meeting will be to motivate and give confidence to the young boys for the rest of the series,” a source told TOI. The purpose of this meeting is to raise the morale of the players and boost it up further ahead of Ind vs Aus 2nd Test.

The report also said that during his leave, Kohli will be constantly connected to the team through WhatsApp group. India now has to play the next Test of the series from 26 December. This will be the Boxing Day Test, which will be played in Melbourne.

India faced an embarrassing 8-wicket defeat against Australia in Adelaide. The first match of the four-Test Border Gavaskar Trophy was a Day-Night Test, played with a pink ball. In this match India’s batting lineup collapsed very badly. The Indian cricket team, management, coach and captain are facing a lot of criticism after this humiliating defeat.

On the second day in the Adelaide Test, the Indian team took a lead of 62 runs. However, after this, Aussie speedsters Pat Cummins and Josh Hazlewood demolished the Indian batting line-up like a pack of cards. Virat & Co. were reduced to 36 for the loss of 9 wickets, while Mohammed Shami had to return back to pavilion after getting retired hurt.

“Very hard to put those feelings into words. We had a lead of 60-odd coming and just collapsed. When you work hard for two days and put yourself in a strong position and then an hour puts you in a position where it’s literally impossible to win,” Kohli said in the post-match presentation.

“I think we should have showed a little more intent today. They (Australians) bowled in similar kind of areas in the first innings as well but probably our mindset was to score runs.”