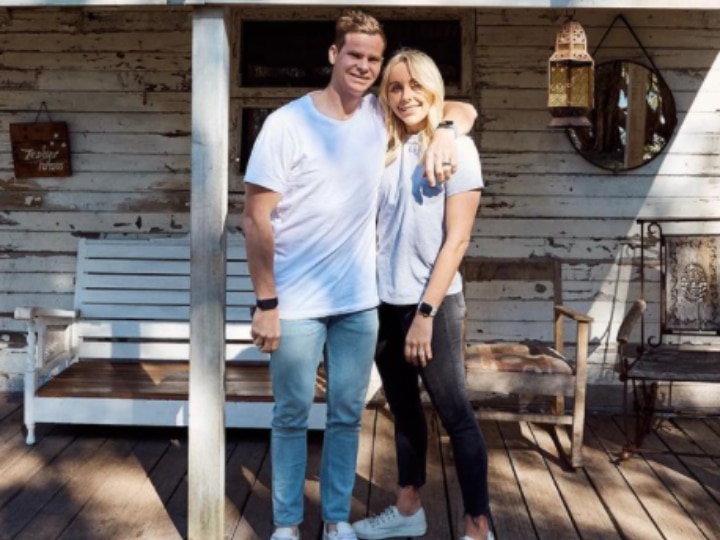 The second match of the Test series being played between India and Australia is to be played in Melbourne from Saturday. In the first Test match played in Adelaide, Australia secured a big win by 8 wickets in Australia and took a 1-0 lead in the four-match series. After this big victory over India in the Adelaide Test, the happiness of the Australian team is clearly visible. However, before the Melbourne Test, Australia’s star batsman Steve Smith was left heartbroken and sad.

ALSO READ | In Pics: On This Day In 2009, Virat Kohli Etched His Name In History

After the havoc of Coronavirus, cricket has definitely returned but it has also increased the difficulty of the players. Living in a bio bubble is not easy, especially when your family is away. Smith is also away from his wife for a long time. On 31 August, he went for a tour of England, after which he has not been able to meet his wife Dani Willis. After the series against England, he went to UAE for IPL 2020 and then again joined the Australian for the series against India.

A few days ago Smith took to Instagram to share a photo of his wife Denny Willis and in the caption he wrote,”114 days down and only 7 to go! It’s been a long 4 1/2 months away from my wife @dani_willis but I can’t wait for her to join me in Melbourne next week just in time for Christmas!”

Smith had planned to meet his wife before the Melbourne (Ind vs Aus 2nd Test) Test as according to the previous rules, the families of the players were allowed to enter the bio-secure bubble after three days of quarantine. However, the rules have been changed due to the surge in Corona cases in Sydney and as a result, Smith will now have to celebrate Christmas with the Australian team this year, without his wife.