Ind vs Aus: Ravindra Jadeja Likely To Be Ruled Out Of 1st Test In Adelaide Starting December 17 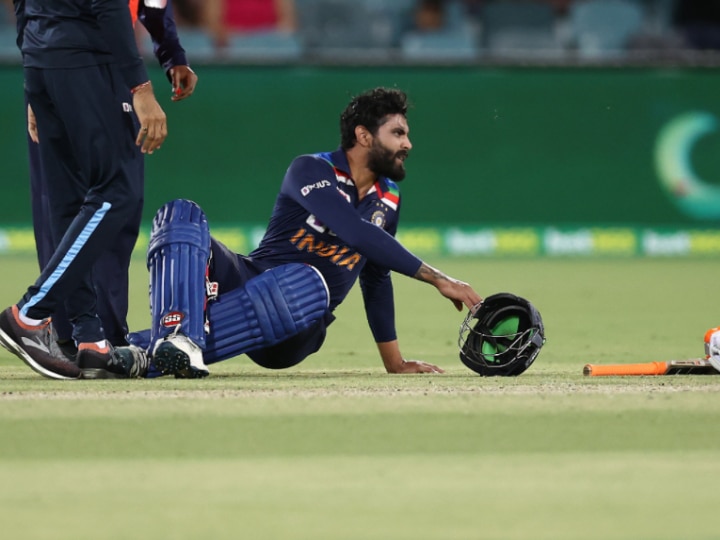 There is bad news for the Indian cricket team before the start of the Test series against Australia. Ravindra Jadeja, the star all-rounder of Team India, is likely to miss out the first Test match in Adelaide, starting December 17. The all-rounder was hit on the head during the T20 series opener played in Canberra. There was also a stretch in his hamstrings. After this, due to concussion, he was ruled out of the match and the entire T20 series. Now, news agency PTI has reported that Jadeja will most likely not play the first Test against Australia due to a hamstring injury.

Ind vs Aus: Ravindra Jadeja likely to be ruled out of Melbourne Test as well!

Jadeja, who is on the threshold of playing the 50th Test of his career, will likely stay away from cricket for at least three weeks, which means he will not be able to play the first Day/Night Test starting on 17 December in Adelaide. Jadeja can also opt out of the Boxing Day Test starting in Melbourne on 26 December if his hamstring injury turns out to be much more serious.

Ravindra Jadeja has been a regular member of the team whenever India has landed with a spinner in Test matches played overseas. He has so far scored 1869 runs in 49 Tests with 213 wickets. The all-rounder also has a century and 14 half-centuries to his name.

Ravindra Jadeja injury: What does the ICC concussion protocol say?

According to ICC concussion protocol, a player is given seven to ten days rest in case of a head injury due to which Jadeja will not be able to play Ind vs Aus practice game starting from December 11. It is impossible that the Indian team management will include Jadeja in the team for the first Test without him playing practice matches.

Ind vs Aus: Ravichandran Ashwin most likely to get a chance in case of Jadeja’s absence

A BCCI source told PTI that Jadeja is recovering from concussion but it may take time for him to recover from the hamstring. injury R Ashwin will be the only spin choice for Kohli if Jadeja does not play Ind vs Aus 1st Test. Fortunately, Ashiwn bowled well in the practice match, which is a positive sign for the Indian team.