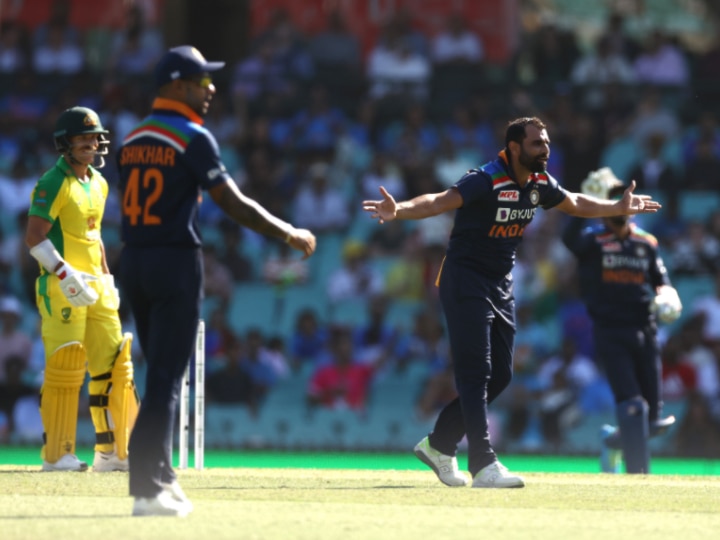 Virat Kohli-led team India faced a humiliating loss against Australia in the second ODI match played at Sydney Cricket Ground (SCG). With this, Australia has taken an unassailable 2–0 lead in the series. Smith’s heroic ton helped Australia score a mammoth score of 389 runs for loss of just four wickets, in response to which the Indian team could score 338 runs and lost the match by 51 runs. Steve Smith was adjudged ‘Player of the Match’ for his brilliant innings.

After the first ODI, the Indian bowlers once again disappointed the fans with their poor bowling. After getting hammered for a lot of runs in the opening match of the series, India’s leading speedster Jasprit Bumrah started his spell by bowling a maiden over and was getting some good pace with the wicket. But he soon lost his rhythm and the Australian batters started getting the best of him after a slow start.

Shami took just 1 wicket for 73 runs in his 9 overs, Jaspreet Bumrah took 1 wicket for 79 runs in 10 overs and Hardik Pandya too took a single wicket for 24 runs in the four overs he bowled.

Team India’s vice-captain KL Rahul, while fully supporting his under-pressure bowlers, said that Jasprit Bumrah & Co. have faced difficulties in adapting to the conditions so far and it is no surprise that the Australian batsmen are well suited to play on the ‘difficult’ Australian track.

The Indian bowlers had bowled brilliantly in the recently-concluded IPL 2020 before reaching Australia, but they have been hit for too many runs in the first two ODIs, giving the hosts an unassailable 2–0 lead in the three-match ODI series.

The Indian pace attack relies heavily on Bumrah, but the Australian batsmen made his and Mohammed Shami’s bowling look ordinary.

“Sometimes you have to learn to accept that the opposition played better cricket,” Rahul, who scored 76, told mediapersons at the post-match press conference.

“It’s home conditions for them and they’ve played better cricket. We are playing 50-over cricket after a long time. We’re doing a lot of things right; we need to learn how to bowl better in such beautiful batting wickets. That’s the challenge for us,” he said.

“It’s about time that a champion player like him will deliver, get wickets for us. You also have to understand that in New Zealand and Australia, the wickets are so good to bat on; you will see top bowlers not getting wickets, that’s quite acceptable,” Rahul said.