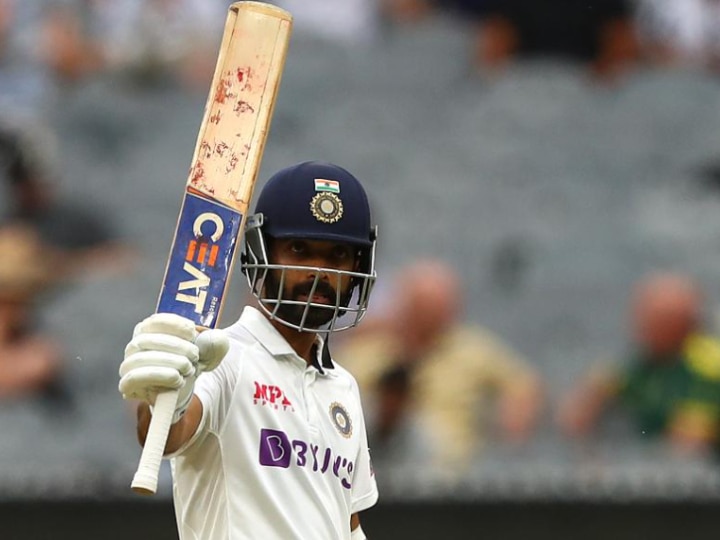 A gritty captain’s knock from Ajinkya Rahane (104*) and a hundred partnership with Ravindra Jadeja (40*) for 6th wicket helped India take 82 run lead at Stumps on Day 2 of the India vs Australia second Test on Sunday, being played at the iconic Melbourne Cricket Ground. Stand-in skipper Rahane emerged as a true leader against Aussies – today he not only attained a hard-fought 12th Test ton but was also involved in two 50-run and one hundred-run partnership for India. Rahane and Jadeja played responsibly against the second new ball and batted till the stumps of Day 2 so that India could get a good lead. For Australian bowlers, it was a very disappointing day as only Pat Cummins bowled the right lengths and held his line.

At Tea break on Day 2, India scored 189 runs after losing 5 wickets. India lost the wicket of Shubman Gill early on the second day, who was dismissed for 45 runs and soon after Test specialist Cheteshwar Pujara also returned to the pavilion after making 17runs. After this, Hanuma Vihari and Rishabh Pant were dismissed after scoring 21 and 29 runs respectively. The team had already lost the wicket of Mayank Agarwal in the first over on Day 1, who got out for a duck.

The second session of Day 2 of the Boxing Day Test was slightly dominated by the Aussies. In this session, India lost 2 wickets in form of Hanuma Vihari and Rishabh Pant. Meanwhile, the scoreboard had reached 189 runs at the loss of 5 wickets.

After losing 2 wickets in the first session of Day 2, when the second session started, expectations were high from Hanuma Vihari. But he could not extend his innings beyond 21 runs. This is his biggest score so far in the series against Australia. Rishabh Pant came out in the middle to support Captain Rahane after Vihari left. Pant was seen in the same style today with which he had scored a century in the second practice match.

Pant got out but Rahane strongly held one end. He scored a brilliant half-century while playing the captaincy innings. After he completed his half-century, the weather in Melbourne also deteriorated and it started raining. Due to rain, the tea session was finished a few balls ahead of its schedule.