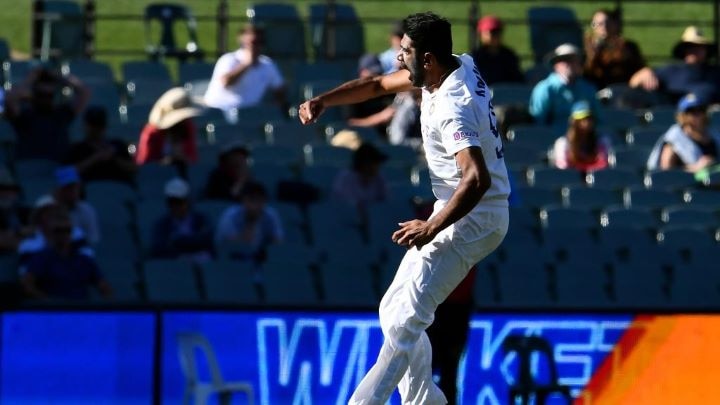 Boxing Day Test: After winning the toss, Australia opted to bat first at the Melbourne Cricket Ground. The India pacers started well, especially Jasprit Bumrah who was rewarded with the early wicket of Joe Burns as he edged one to be out caught-behind. Ashwin was getting turn and bounce from his first over itself and he continued to trouble the Aussie batsmen forcing them to play risky shots. There were to review calls in the session – one each by India and Australia.

The first, by India, was against Marnus Labuschagne for a not out lbw with the ball missing the stumps. India lost their review. The second was made by Labuchagne after he was given out lbw off Ashwin in what was the final over before the lunch break. That was also missing the stumps.

The first session ended with India on top after having taken three Australian wickets for 65 runs. Ravichandran Ashwin has been the star of the morning session having been introduced early into the attack and striking with the scalp of Matthew Wade in his second over. Though Wade looked confident during his knock of 30 runs off 39 deliveries, taking the attack to Umesh Yadav. However, a risky shot led to his dismissal, with Ravindra Jadeja completing a sharp catch. Ashwin then got rid of the big wicket in Steve Smith who went for a duck after which Bumrah dismissed Burns for a duck.

The hosts are fielding an unchanged lineup. Shubman Gill and Mohammed Siraj are making their Test debuts for the visitors. Ravindra Jadeja and Rishabh Pant are further back in the starting XI for India. A good start by the Indian team has shown an excellent captaincy by Ajinkya Rahane and Jadeja’s return have powered the men in blue.