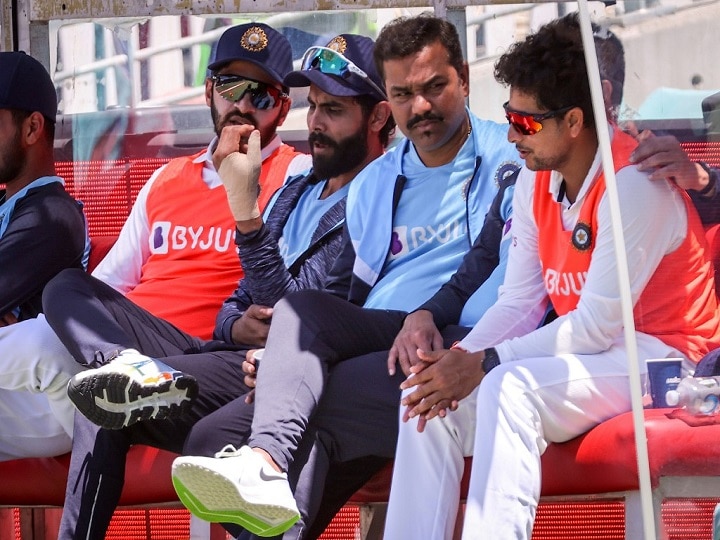 Ind vs Aus, 3rd Test: India put up a counter-attack through Rishabh Pant as they recovered from the early loss of skipper Ajinkya Rahane to move closer to Australia’s 407-run target on the fifth day of the third Test  at the Sydney Cricket Ground. Even though Ravindra Jadeja is ruled out of the remainder of the Test series, the all-rounder will bat today if required. Reports say Jadeja will take injections and bat if India lose wickets and have to chase down the mighty target.

India had lost Rahane early in only the second over of the day. The stand-in India skipper was caught at short leg off the bowling of Nathan Lyon.

However, his dismissal brought in Pant who was promoted ahead of Hanuma Vihari.

The left-handed batsman, who was hit on the elbow in the first innings by Pat Cummins, survived a caught behind chance off Lyon early, and took the attack to Aussies. He was particularly severe on the Aussie off-spinner.

The series is level at 1-1 with the last match to be played at the Gabba in Brisbane from January 15.

(With additional inputs from Agencies)