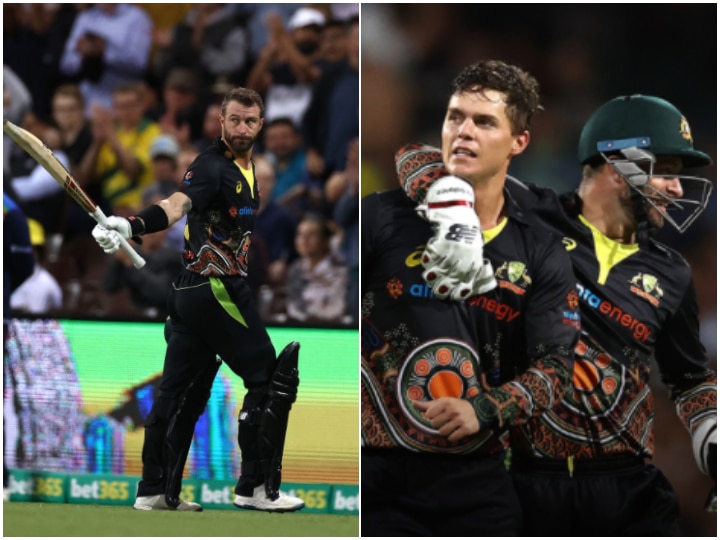 Virat Kohli’s (61-ball 85 runs) heroic 25th T20I half-century went in vain as a remarkable bowling performance from Australian leggie Mitchell Sweepson (23/3) after a fiery 53-ball 80 runs innings from Matthew Wade, helped Australia beat India by 12 runs on Tuesday to get a consolation win in the third T20 international of the 3-match series being played at the Sydney Cricket Ground. A 3-0 win would have helped the visitors gain the much-needed confidence against Australia before the Test series. However, the Australian cricket team today excelled in all departments to avoid a humiliating whitewash at the hands of Virat Kohli & Co.

This is team India’s first defeat after 12 consecutive wins in T20Is. The Indian cricket team last faced defeat against T20 heavyweights West Indies in Dec 2019 at Trivandrum. Also, this is India’s first T20 overseas defeat in 11 games since losing to New Zealand at Hamilton in February 2019.

Spinner Mitch Swepson’s ‘twin strike’ helped Australia pull themselves back into the match after the solid partnership between Virat and Shikhar Dhawan. The Australian leg-spinner cleaned up Sanju Samson and Shreyas Iyer in the same over to dent  India’s chase. Team India now completely relied on skipper Kohli in this run chase with Hardik Pandya for company in the middle.  Kohli played a superb knock of 85 but after Pandya’s (13-ball 20 runs) dismissal didn’t get much support from the other end which is India fell short of the target and failed to sweep the series.

In the last match of the T20 series being played in Sydney, Australia had set a strong target of 187 runs in front of India. Like the previous match on the same ground, once again Australia batted first and with the help of the heroic innings of Matthew Wade (80) and Glenn Maxwell (54), they attained a big first innings total. For India, Washington Sundar took the maximum 2 wickets, while Shardul Thakur and T Natarajan picked 1-1 wickets each. The Indian team has already won the series 2–0.

Fall of the first wicket did not affect Australia and Matthew Wade again batted remarkably well this time as he did in the previous match. However, on the other hand, Steve Smith struggled to score quick runs. There was a 65-run partnership between the two before Sundar bowled Smith (24) to bring India another success.

Meanwhile, Wade completed his second consecutive and third half century against India. At the same time, Glenn Maxwell, who came to support him, started hammering the ball for sixes and fours once again as soon as he came to the crease.

In the 18th over, Maxwell hit a four, scoring his first half-century of the series off just 31 balls. Along with this, Maxwell also notched up a 90-run partnership with Wade. In the 19th over, Shardul Thakur brought India a big relief by breaking this partnership by dismissing Wade. Wade scored 80 runs in 53 balls with the help of 7 fours and 2 sixes.

In the last over, Natarajan bowled Maxwell and gave India a fourth success. Maxwell scored 54 runs in 36 balls with the help of 3 fours and 3 sixes. In the last 5 overs, Indian bowlers made a solid comeback and stopped Australia at a score of less than 200.