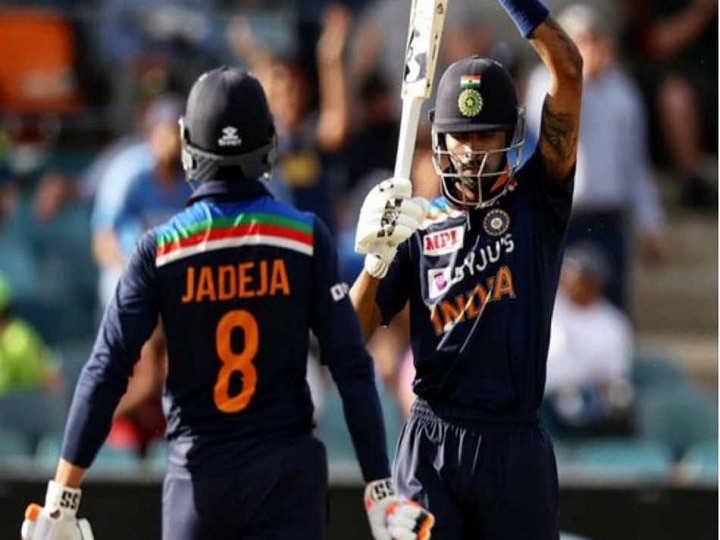 Virat Kohli-led Indian team posted a challenging 303-run target against Australia in the 3rd One Day International being played at the Manuka Oval in Canberra.

Reeling at 152 for 5 post the dismissal of skipper Virat Kohli, India staged a brilliant recovery and managed to cross the 300-run mark on the back of an unbeaten record partnership between all-rounders Ravindra Jadeja and Hardik Pandya for the sixth wicket.

The 150-run sixth wicket partnership between Hardik Pandya and Ravindra Jadeja was the highest ever stand for the 6th wicket against Australia in ODIs. The all-rounders went on a leather hunt, adding 150 runs off just 108 deliveries. They went on a complete rampage, tearing into the Australian bowlers at the death stage, adding over 70 runs in the last 5 overs.


Highest ODI partnership for the sixth wicket or lower in Australia ????

The Pandya-Jadeja duo broke the 21-year old record for the 6th wicket partnership stitched by Robin Singh and Sadagopan Ramesh (123 runs) against the Australians in 1999.

Hardik Pandya continued with this stellar run with the bat in the series, top scoring with an unbeaten 92 not out while Ravindra Jadeja notched up a breezy half ton with a 50-ball 66 not out in Canberra.


This is the second time that he has made two half-centuries in a bilateral ODI series.#AUSvIND pic.twitter.com/2Ki8YLZYnA

The 150-run unbeaten stand also happened to be the third highest by an Indian pair for the sixth wicket in ODIs. Ambati Rayadu and Stuart Binny (160 vs Zimbabwe in 2015) and Mahendra Singh Dhoni and Yuvraj Singh (158 vs Zimbabwe in 2005) have registered the highest 6-wicket partnerships for India in ODIs.