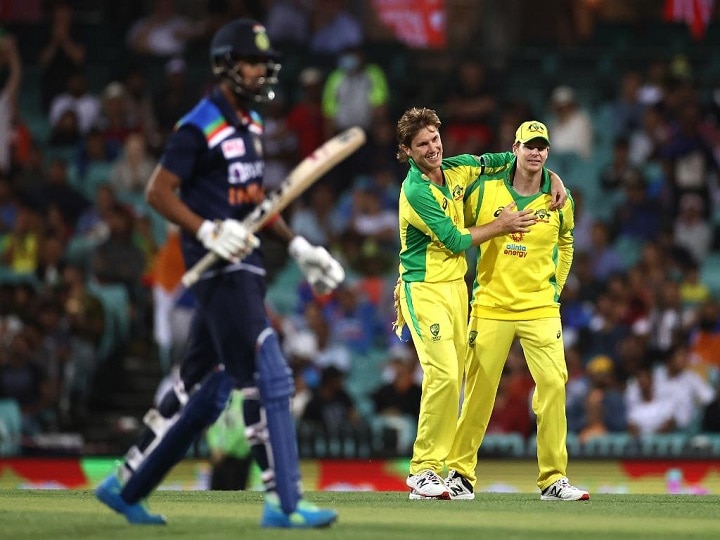 Virat Kohli-skippered Indian team would need nothing but a win to draw level and keep the 3-match One Day International  series alive when they take on Australia in a must-win second ODI encounter at the Sydney Cricket Ground in a short while from now.

After being trounced by 66 runs in the series opener at the SCG two days ago, India need to get their act together quickly and step up the level of their cricket against a formidable Finch-led Australian side in their backyard ‘Down Under’.

India will look to arrest their four match losing streak in 2020 and hope to turn around their lackluster performance from the series opener at SCG with a much better performance specially with the white cherry as their bowlers were given a real hammering in the first ODI.

While India headed into the 3-match ODI series with a favorable  record against the host team, winning 3 out of the last 5 ODIs, they once against suffered a heavy loss to the hosts at SCG, a venue where their record against the Australians has been rather dismal.

India’s Dismal Record Against Australia In ODIs At SCG

The Indian team by far has the worst record against Australians in ODIs played at the Sydney Cricket Ground and the head to head between the two teams at the historic venue is a testament of the same.

Out of the 18 ODIs played by India against Australia at the SCG, they have managed to win just 2 games. Australia have come out winners in 15 matches with one encounter ending without a result.

Australia enjoy an overwhelming dominance over India in ODIs played against the sub continent nation in their backyard ‘Down Under’ winning 37 out of the 52 ODIs.

ODI Forms Of India and Australia In 2020

Ranked second behind World Champions England in ICC ODI Team rankings, India do not have an impressive record in ODIs in the current year, winning just 2 out of their 7 games in the 50-ver format. While they beat Australia 2-1 in their home series, they were handed a 3-0 defeat by New Zealand and registered their fourth straight loss losing to Australia in the opening game at Sydney.

Australia too have a mixed bag of sorts in their 11 ODI games in 2020, winning 5 and losing 6 encounters in the current calendar year.