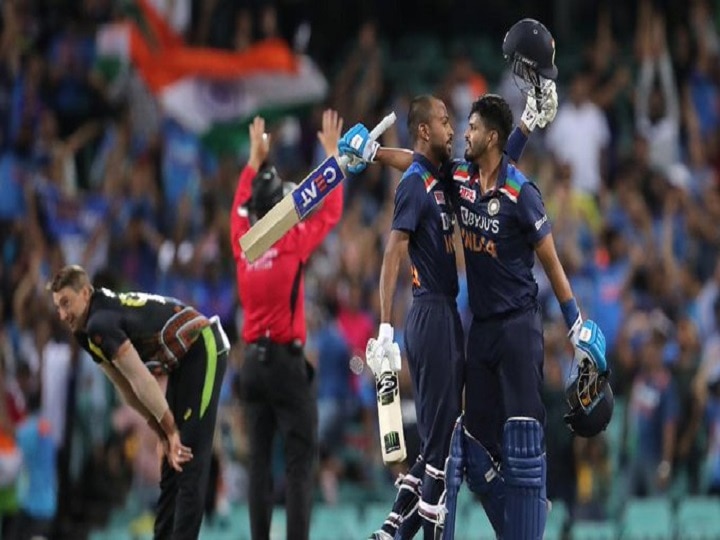 Indian team clinched the 3-match T20 international series against Australia with a six wicket commanding win over the hosts in the 2nd T2OI played at the Sydney Cricket Ground in Sydney on December 6.

The ‘Men In Blue’ registered a thrilling win over the Aussies, chasing down a mammoth 195-run target on the back of a power packed batting performance from opener Shikhar Dhawan (52), Virat Kohli (40 and hard hitting finisher Hardik Pandya.

Seasoned Indian opener Rohit Sharma, who is a notable absentee from India’s T20I team hailed the team’s series clinching win at the SCG and heaped praises on the Kohli-led side for being ‘nice and composed’.

Taking to Twitter, the Hitman wrote – “What a series win for Team India. Loved the way they played nice and composed. Big thumbs up to each one of them. @BCCI,” Rohit said in a tweet.

What a series win for Team India. Loved the way they played nice and composed. Big ???? to each one of them. @BCCI

Rohit’s remarks came soon after Indian skipper Virat Kohli lauded his team’s all-round performance and said that the win was more special and meant a ‘great deal’ to him as the team was without the services of two of their most established T20 stars in Rohit Sharma and Jasprit Bumrah.

“Yeah meant a great deal. We’ve played as a team in T20 cricket. The fact that we don’t have Rohit and Bumrah, our established white ball players, in and still doing well makes me happy and I am very proud of this team,” Kohli said after India took a 2-0 lead after defeating Australia by six-wicket in the 2nd T20I on Sunday.

With a 2-0 unassaibale lead in the series, the Indian team which is on a ten match winning streak in T20Is will look to inflict a clean sweep over the ‘Aussies’ when they play them in the 3rd and final ODI at the SCG on Dec 8.