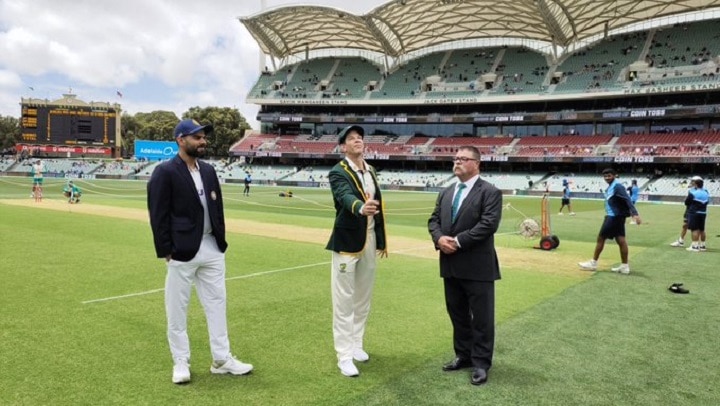 After the competitive white-ball cricket season between India and Australia, the two cricketing heavyweights are ready for the pink-ball challenge at Adelaide. Adelaide would host the two teams for the first of the four-match Test match series. The Test at Adelaide would be a day-night affair and would be played with the pink-ball.

With the series opener to be a day-night Test played with pink balls, Kohli-led India will be looking to close the gap with Australia in the ICC World Test Championship (WTC) points table.

Virat Kohli will lead the team for this match before he pushes back to be with his pregnant wife Anushka Sharma. Vice-captain Ajinkya Rahane will then take over the reins for the last three matches of the 4-Test series. For the series opener, the board has chosen to go in with three seamers and one spinner in the first Test. Jasprit Bumrah, Mohammad Shami, and Umesh Yadav are the three pacers while Ravichandran Ashwin has been chosen as the lone spinner.

With Mitchell Starc back, the wicketkeeper-batsman feels that the Aussies have an advantage in the pink-ball Test. Starc boasts of a stellar record in day-night Tests, having taken 42 wickets in the seven of them he has played so far in his career.

What are the timings of the India vs Australia 1st Test match?

Where is India vs Australia 1st Test match being played?

The India vs Australia 1st Test match will be played at the Adelaide Oval, Adelaide, Australia

Which TV channel will broadcast the match?

The contest can be watched live on Sony SIX, Sony TEN 1, and Sony TEN 3 in India.

Where and how can you live stream the match?

The India vs Australia 1st Test match will be streamed live on the SonyLIV app.