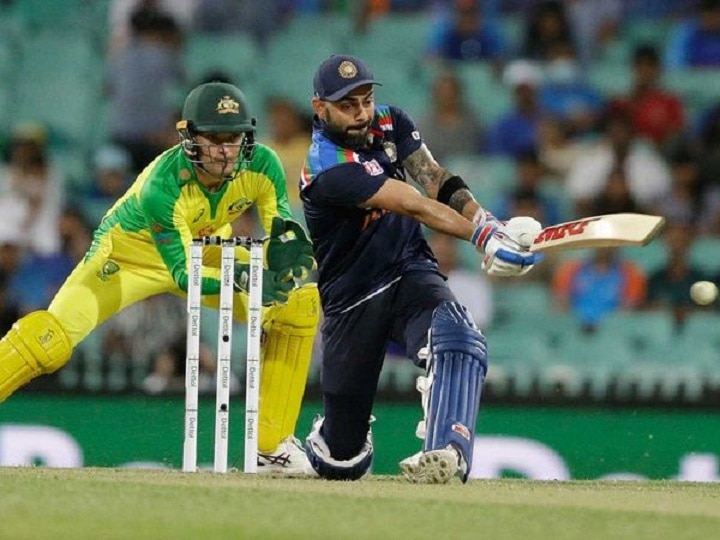 Virat Kohli-led Team India will lock horns with Aaron Finch-skippered Australia in the first of the three-match T20 international series at the Manuka Oval in Australia’s capital city Canberra. The 1st T20 international is scheduled for a 1:40 pm (IST) start.

‘Men In Blue’ were handed a 2-1 series defeat in the 3-match ODI series but head into the first T20I after beating the Aussies by 13 runs in the final ODI played at the Manuka Oval, the same venue where the 1st T20I is being played.

India will look to put behind their ODI series loss to Australia and look to even out things with a series win over the hosts in the shortest format.

India have a decent T2o international record in Australia, winning five out of the nine T2oIs played against Aussies. They drew the last series against Aussies, they had inflicted a 3-0 defeat over the hosts in the series played in 2016.

The Australian middle order has plenty of firepower with quality strokemakers in Steve Smith, Glen Maxwell and Marcus Stoinis and Alex Carey. Australia has the option to pick either Alexy Carey or Matthew Wade to keep wickets or play both of them as Wade too is very handy with the willow in T20 format.

Meanwhile, Glen Maxwell, Marcus Stoinis and Moises Henriques provide the depth and balance to the squad with their all-round abilities.

Despite the absence of Pat Cummins, the Australian seam attack will be a potent force with Mitchell Starc, Josh Hazlewood, Kane Richardson and Sean Abbot.

Leg spinner Adam Zampa would once again be their frontline tweaker and will share the spin duties with Glen Maxwell and Ashton Agar.

Wicket-keeper batsman KL Rahul will be the front contender to open the innings with seasoned opener Shikhar Dhawan in the absence of Rohit Sharma. Skipper Virat Kohli should have company in the form of Shreyas Iyer and Manish Pandey in a power packed middle order.

Hardik Pandya and Ravindra Jadeja will look to resume all-round duties and play the role of finishers with the willow at the No. 6 and No. 7 slots in the lower middle order.

Leg spinner Yuzvendra Chahal will be the visitor’s strike weapon in the spin department. The spin arsenal is bolstered by the inclusion of mystery spinner Washington Sundar.

Here are the full squads for India and Australia in the 3-match T2OI series: