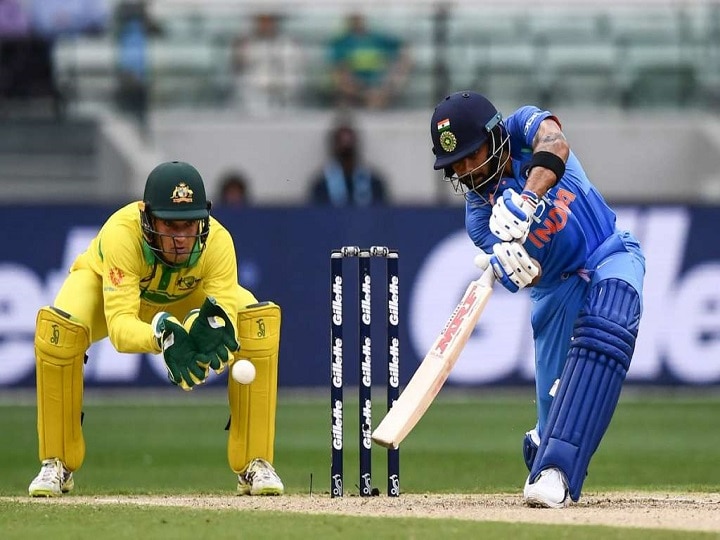 Indian skipper Virat Kohli is all set to end 2020 as the No. 1 ODI batsman after retaining his top position in the latest ICC ODI rankings for batsmen released by the apex cricket body on December 10.

Kohli notched up two half centuries against Australia in the 3-match ODI series to secure his number spot at the very top in the ODI rankings with 870 points. The prolific run scorer had registered scores of  89 and 63 in the second and third ODI against Australia in Sydney and Canberra respectively.

Belligerent opener Rohit Sharma (842) who missed out playing against Australia in the ODI series due to a hamstring injury continues to retain his second place. Meanwhile Pakistan captain Babar Azam is five points behind Rohit at number three in the rankings.

Australia captain Aaron Finch, who was the top run-scorer in the #AUSvIND ODIs, has moved into the top five in the @MRFWorldwide ICC Men’s ODI Batting Rankings ???? pic.twitter.com/U2ZSH5fDCW

Australia ODI skipper Aaron Finch who had a brilliant outing with the bat against India in the recently concluded 3-match ODI series with a ton and two half centuries has moved to the fifth spot, attaining a career-best rating of 791 points.

Smith and Maxwell Move Up In Rankings

Steve Smith and Glen Maxwell were the other two Australia batsmen to make strides up the rankings post their good showing with the willow in the ODI series against India.

Josh Hazlewood, who picked up six wickets at 30 during the #AUSvIND ODI series, has moved to No.6 in the @MRFWorldwide ICC Men’s ODI Bowling Rankings ????

Australia leg spinner Adam Zampa made rapid strides and leapfrogged to 14th place after picking up seven wickets in ODIs against India. Meanwhile, Aussies pacer Josh Hazelwood who took six wickets in ODI series against India gained a place to climb up to sixth spot