‘I Thought India Is A Bigger, Better Team Than This’; Shoaib Akhtar Slams The Ahmedabad Pitch And Says India ‘Don’t Need To Be Scared’ 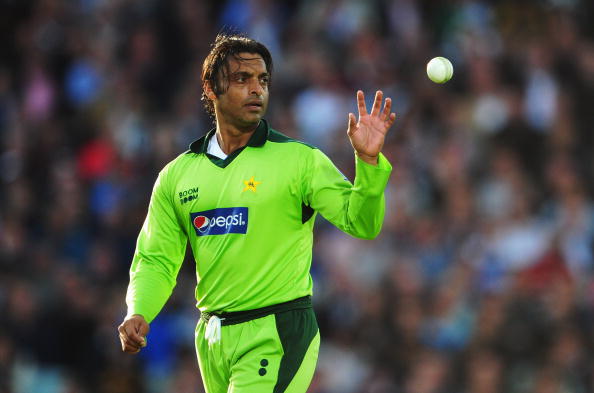 India vs England 3rd Test was under the scanner after the match ended in just two days. India took a 2-1 lead in the series but there was a great amount of criticism coming the way of the pitch that was made for the third Test in Ahmedabad. Many experts believed that preparing a pitch that gives such unprecedented advantage to the spinners is not good for Test cricket, especially if the match gets over in just two days. Shoaib Akhtar also has joined this group of players who are critical of the pitch. He said that India is a good team and they do not need things like ‘home advantage’ to win Test matches.

Shoaib Akhtar believes that such Test matches are not good for the health and endurance of the sport. “Should Test matches be played on such wickets? Not at all. A pitch where there is so much unreasonable turn, that a match gets finished in two days, is not good for Test cricket,” he said on his YouTube channel.

In the Test match, 28 out of the total 30 wickets were picked up by spinners. Axar and Ashwin combined to pick up 18 out of the total 20 England wickets. Sundar too, picked one. Only one wicket was picked by fast-bowler Ishant Sharma. Thus, Akhtar felt there was no need for having this undue advantage to the slow bowlers.

Also Read | ‘It’s Getting Out Of Hand’; R Ashwin Blasts Critics After The Debate About The Ahmedabad Pitch

Then he salvaged himself by speaking about how well the Indian team performed in Australia even without the “home advantage”. “I thought India is a bigger, better team than this. There should be fair play and fair pitches where I think India can still beat England. They don’t need to be scared. There is no need for India to prepare such wickets. Did we make the wicket in favour of India in Adelaide? Was the wicket in Melbourne made in favour of India? How did they win the series there? You play on fair ground, fair conditions and say ‘Look, we can play well at home and abroad’,” Akhtar said.

“I am expecting a fair pitch for the fourth Test. India should go out there and make sure they prepare one of the best pitches for the next Test match and I am sure that you have the capacity on any pitch. You don’t need to take home advantage. Just go out there and play and I’m sure they will win the series. If India can beat Australia on their soil, they can easily win at home,” Akhtar concluded.

The next Test match between India and England is set to be played at the Narendra Modi Stadium in Ahmedabad on 4 March 2021 at 9:30 am IST.