How to watch Prince Philip's funeral in the US, media, UK and around the world - CNN 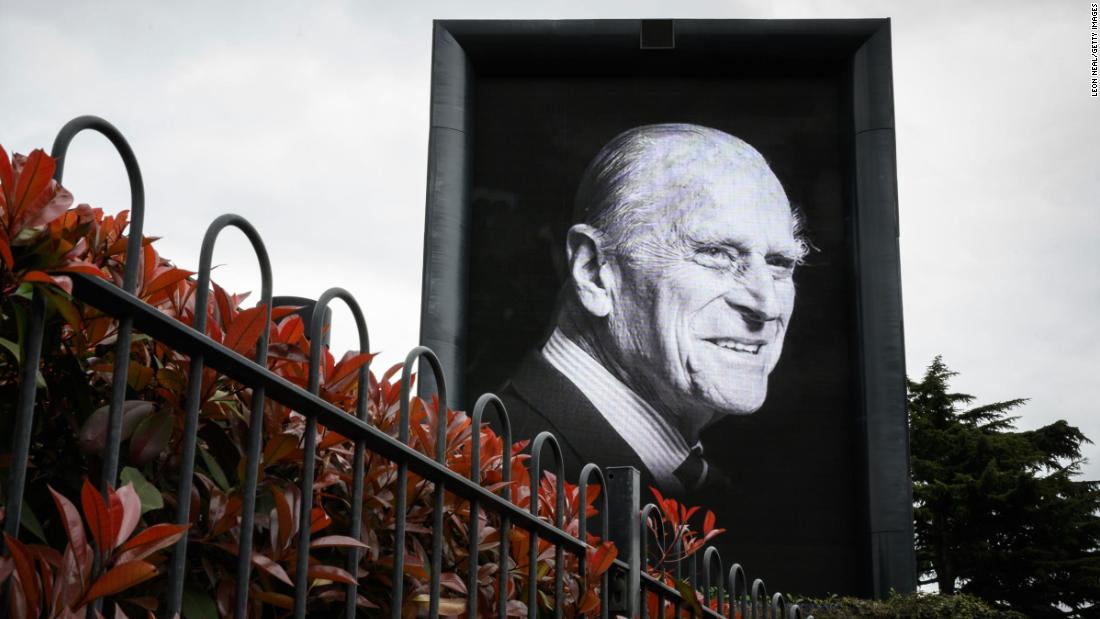 The service honoring the Duke of Edinburgh will begin at 3 p.m. local time (10 a.m. ET) in St George’s Chapel, Windsor with a national minute of silence, according to a statement from Buckingham Palace. The Queen and members of the royal family will take part in the event, with attendance limited to 30 because of coronavirus restrictions.

A ceremonial procession inside the grounds of Windsor Castle — led by the band of the Grenadier Guards, one of the oldest regiments of the British Army — will begin at 2:45 p.m. (9:45 a.m. ET). Charles, the Prince of Wales, and members of the royal family will join the procession, together with staff from the royal household.

Hala Gorani will host an additional 90 minutes of coverage on CNN International starting at 4:30 p.m. local time (11:30 a.m. ET). There will also be a live stream of the event on CNN.com.

BBC World News, which broadcasts in more than 200 countries and territories, will commence live coverage from Windsor Castle at 6 a.m. local time (1 a.m. ET), with coverage of the funeral beginning at 12:30 p.m. local time (7:30 a.m. ET).

Viewers in the United Kingdom can choose from multiple options including CNN International. Live coverage of the funeral will be available starting at 12:30 p.m. local time on BBC One, BBC iPlayer and Sky News. ITV will air its broadcast, which will also be streamed on its website, beginning at 1:15 p.m.

The funeral will be broadcast on BBC Radio 4 and Radio 5 Live, and simulcast on BBC World Service English, BBC Radio Scotland and BBC Radio Ulster. Sky News will stream the event on its YouTube channel and it will be available later on demand on iPlayer.

In addition to programming from CNN, US viewers can also watch the the service on Fox News and FoxNews.com starting at 9 a.m. ET. NBC and CBS will commence broadcast coverage at 9:30 a.m. ET, with anchors Savannah Guthrie and Gayle King respectively.

NBC News Now will stream the network’s coverage live and on demand on Peacock and other platforms. CBS’s broadcast will be available on its streaming service CBSN.

ABC News will carry a live broadcast beginning at 9:30 a.m. ET and led by anchor David Muir. This will also be streamed on ABC News Live.

The most recent royal event to have attracted mega television audiences was the wedding of Prince Harry and Meghan, Duchess of Sussex, in May 2018. About 29 million people tuned into the ceremony in the United States and 18 million in the United Kingdom, according to figures from Nielsen and the Broadcasters’ Audience Research Board.

While broadcasts of the funeral are expected to attract large audiences, BBC viewers will be able to watch other shows, unlike a week ago when the broadcaster canceled hours of programming across its TV channels to clear space for wall-to-wall news coverage and retrospectives following Philip’s death on April 9.

The publicly funded broadcaster was inundated by complaints in response. Figures made available by the BBCshowed that over 100,000 complaints had been received as of Thursday.

The special coverage meant that some of Britain’s most watched shows, including the soap opera EastEnders and the final of cooking competition MasterChef, were taken off air.

Responding to the complaints in a statement, the BBC said that Philip’s death was a “significant event” that generated a lot of interest nationally and internationally.

“We acknowledge some viewers were unhappy with the level of coverage given… We do not make such changes without careful consideration and the decisions made reflect the role the BBC plays as the national broadcaster, during moments of national significance,” it added.