How animals invaded the world of sport in 2020

Animals invade the world of sport in 2020 - CNN, sport 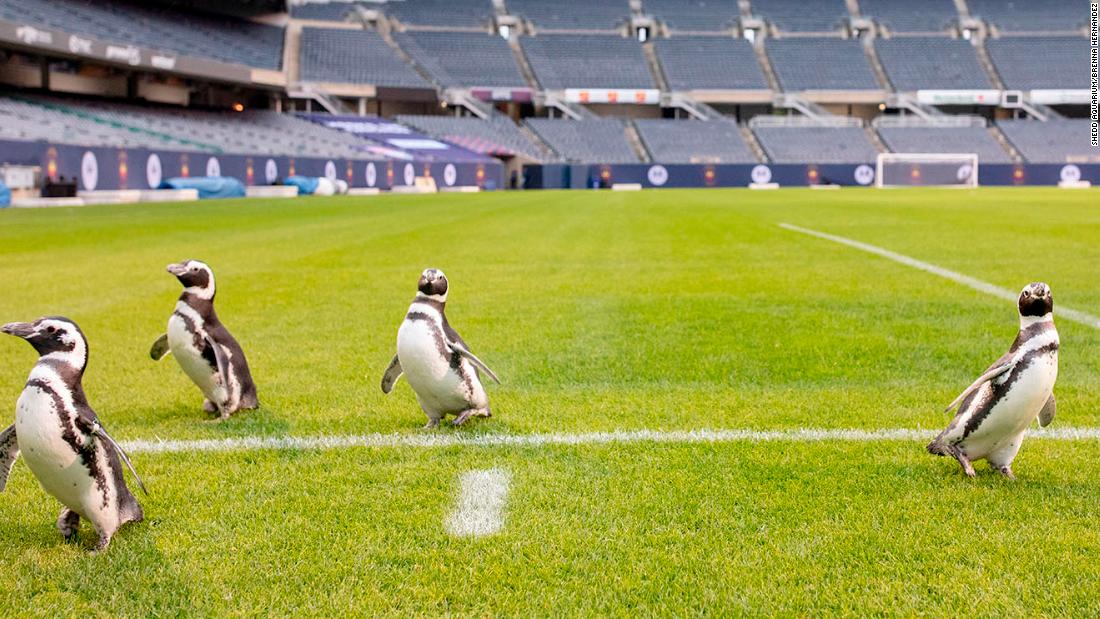 Back in September, a blue macaw decided to join in on Brazil’s women’s team scrimmage, landing on defender Bruna Benites’ head at the start of the second half.

The parrot is known as quite the football fan. Dubbed “Pelé,” the macaw regularly watches men’s and women’s national team trainings.

Meanwhile, four penguins from Chicago’s Shedd Aquarium found their way to Soldier Field in late November. Izzy, Darwin, Tombo and Charlotte waddled around the locker room of the NFL’s Chicago Bears before making their way to the field like their ursine counterparts.

But reptiles weren’t going to let the rest of the animal kingdom have all the fun.

A gigantic alligator in Florida took a stroll on the Valencia Golf and Country Club course in the rain. Club pro Tyler Stolting, who first saw and snapped the gator, said, “I’ve never seen one even close to that big before.”
Visit CNN.com/sport for more news, features, and videos

Not to be topped, December’s South African Open had a bit of a wild crowd. Rounds saw monkeys sat on fences, with mongooses and impalas wandering onto the course.

But that wasn’t all the world’s fauna had planned — just watch the video above to see just how much animals love sport!