‘Holy And Halal’: Indonesian Muslim Clerics Give Thumbs Up To China’s Coronavirus Vaccine 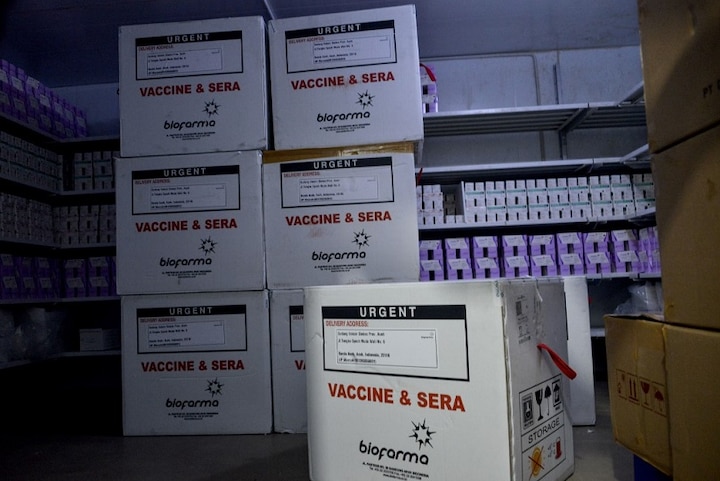 Ulema Council of Indonesia, on Friday, gave its nod for the Covid-19 vaccine developed by China’s Sinovac Biotech, stating it to be permissible under Islam. As per the council, the CoronaVac shot, was “holy and halal,” even though the medical authorization of the vaccine still rests with Indonesia’s food and drug agency.

Indonesia, which is the third-largest Muslim-majority country by population, for its vaccination programme, which is due to begin in the coming days, has received more than three million doses of CoronaVac.

According to the drug regulator, for the official authorization, data from the clinical trials of the vaccine in Brazil and Turkey, as well as its own trial results will be studied. The South-Asian country conducted its own late-stage trials, with a smaller sample size of just 1,620 volunteers, as compared to other countries.

Politicians To Get Vaccinated First

Joko Widodo, President of Indonesia, on the approval of the vaccine said that if the vaccine gets approval from the authorities, he and his cabinet will receive the first shot next week with some ministers and senior officials, followed by health care workers and other public employees.

According to reports, Indonesia has signed an agreement with vaccine manufacturer SinoVac for three million doses. The country has also signed agreements with other companies, including Novavax and AstraZeneca, which are yet to arrive.

The covid-19 vaccine is permissible for Muslims in India?

Meanwhile, in India, in order to dispel rumors and doubts about the Covid-19 vaccine among Muslims, the Jamaat-e-Islami Hind (JIH) has said that the shots are permissible even if they contain pork gelatin.

“Whatever saves human lives is permissible. We should take the vaccine and protect ourselves and everybody around us from Covid-19”, Madani said.