Give Respect, Take Respect: Naveen-Ul-Haq Hits Back At Afridi Over ‘Spirit Of Game’ Lesson To Afghan Youngster 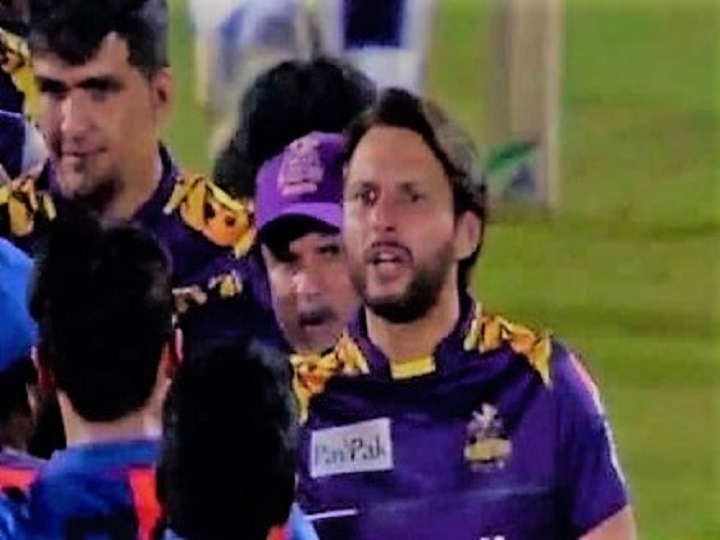 The Lanka Premier League (LPL) being held in the ‘Island Nation’ has not just witnessed some electrifying action with fours and sixes being tonked on the green turf but also seen temperatures soaring with some heated altercations between cricketers amid the cricketing battles.

If one were to widely contemplate that the recent on-field scuffle between Mohammad Amir, Shahid Afridi (Galle Gladiators), and Naveen-ul-Haq (Kandy Tuskers) in the Lanka Premier League (LPL)  is over, we could be heading on the wrong track as the altercation could have further got ignited with Naveen-ul-Haq hitting back at Shahid Afridi after the experienced Pakistani campaigner tried to teach a lesson or two on ‘spirit of cricket’ to the Afghanistan youngster.

Kandy Tuskers seamer Naveen-ul-Haq, seems to have not taken Afridi’s advise in a sporting manner and instead decided to bring out his version of what triggered his altercation with Galle Gladiators cricketer Mohammed Amir in the LPL.

Naveen retorted to Galle Gladiators skipper Afridi’s Spirit Of Cricket’ tweet with a counter tweet, stating that he was ready to play the game by abiding to the laws of the sport and give respect to his opponents. However, if someone crossed the line and said something which not only hurt him but his fellow countrymen, it was not acceptable.

The young Afghan pacer claimed to have been targeted by Amir with some nasty comments during his scuffle that led him to getting infuriated.

Always ready to take advice and give respect,Cricket is a gentleman’s game but if someone says you all are under our feet and will stay their then he is not only talking about me but also talking abt my ppl. #give #respect #take #respect

The entire incident unfolded during the Lanka Premier League encounter between Kandy Tuskers and Galle Gladiators at the Mahinda Rajapaksha Stadium in Hambantota when there was a heated altercation between Naveen-ul-Haq  and Mohammad Amir as the two seemed to have exchanged a few words in the 18th over of the game.

21-year-old Naveen ul Haq was spotted verbally intimidating and sledging at senior Pak pacer Amir while the latter was batting.

After the game got over and the two teams lineup up to exchange greetings, Galle Gladiators skipper Afridi made an endeavour to speak to the Afghanistan youngster Naveen and give him a piece of his advice.

As the pictures and videos from the incident went viral on social media, the former Pakistan skipper Afridi took to Twitter to reveal the advise he gave Naveen after the conclusion of the match.

“My advice to the young player was simple, play the game and don’t indulge in abusive talk. I have friends in Afghanistan team and we have very cordial relations. Respect for teammates and opponents is the basic spirit of the game,” Afridi tweeted.

My advise to the young player was simple, play the game and don’t indulge in abusive talk. I have friends in Afghanistan team and we have very cordial relations. Respect for teammates and opponents is the basic spirit of the game. https://t.co/LlVzsfHDEQ