From Chinese New Year To Nowruz, Different Cultures That Do Not Celebrate New Year On January 1 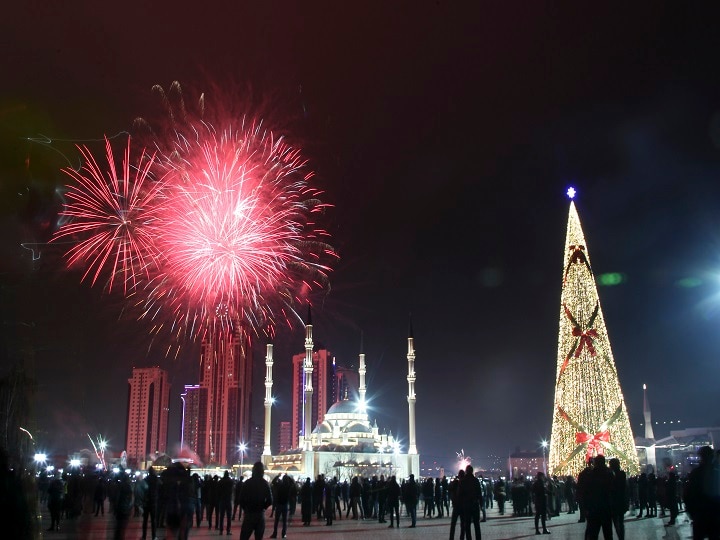 Almost the whole world is excited for the New Year. Well, almost! January 1 marks the beginning of a new year, a fresh start, and a completely new calendar. The celebration of entering in a New Year starts from midnight (usually earlier – New Year’s Eve) across the world with people partying, enjoying, and relaxing as the earth completes its revolution around the sun after 365 days.

ALSO READ | Know All About Eclipses In 2021; Only Two Will Be Visible From India This Year

As most people celebrate January 1 as the New Year, there are many cultures that do not do so. This happens because different cultures mark their new year differently.

Culture not only varies from country-wise, but they also differ with language, region, and in some places with ethnicity. In India alone, there are a number of new year’s celebration that takes place across the Gregorian calendar year.

Also called as the ‘Spring Festival’, the Chinese New Year is celebrated with great enthusiasm and zeal, not just in China but in Southeast Asian countries that follow the Lunar calendar and the large Chinese community living overseas. The Chinese New Year falls between January 21 and February 20, with a varying date every year.

Festivities of every year are marked by a zodiac animal. Everyone’s birth years fall in these zodiac animals.  They are 12 in number – Rat, Ox, Tiger, Dragon, Snake, Horse, Goat, Monkey, Rooster, Dog, and Pig. This year is the year of the Ox.

As part of the tradition, dumplings are eaten to mark the new year as it represents wealth. It is said, the more a person eats the more money he is bound to get. Fish is also consumed on this auspicious day as its word in Chinese that sounds like the word ‘surplus.’

Nowruz itself terms “New Day” in Persian. The Iranian and Zoroastrian communities celebrate the festival. Nowruz falls on the vernal equinox, i.e, March 21 every year.

The evening before Nowruz is called ‘Charshanbe Suri’ is celebrated in Iran where people come together around bonfires and burst firecrackers.

The evening before “Charshanbe Suri” is marked with a Halloween-like celebration on which people wear costumes and go to houses in the neighborhood, bang spoons against bowls or other utensils, and receive delicious snacks in return.

On the day of the festival, family and friends gather and decorate a ‘Haft-Sin’ table where they wait for the exact moment of March 21 when the new year starts.

As India is a fusion of culture, different states observe the New Year on different occasions. Ugadi or Gudi Padwa is celebrated in Andhra Pradesh, Telangana, Karnataka, and Maharashtra. In 2021 it will fall on April 13.

Baisakhi which is celebrated by the Sikh community will fall on April 14 this year and is marked after the harvesting season.

Puthandu, which is the Tamil New Year is also observed on the same day as Baisakhi, same Poila Baishakh, the Bengali new year.

Many others that are also observed around the same days are Vishu in Kerala, Pana Sankranti in Odisha, Rongali Bihu in Assam, etc.

As Sri Lanka has both Tamil and Sinhalese influence, April 14 calls for a double celebration in the country. ‘Aluth Avurudda’, Sinhalese New Year coincides with Tamil New Year Puthandu.

Unlike the midnight marking the New Year, the Sinhalese counterpart depends on astrological calculations to determine the timings of the New Year.

As part of the culture, houses are cleaned and an oil lamp is lit in the evening. Family gatherings and delicious good home-cooked meals are the common sights of the festival.

Before You Plan Your Visit To Siddhivinayak Temple; Read These New Covid-19 Guidelines