Fans ejected after courtside argument with LeBron James during game 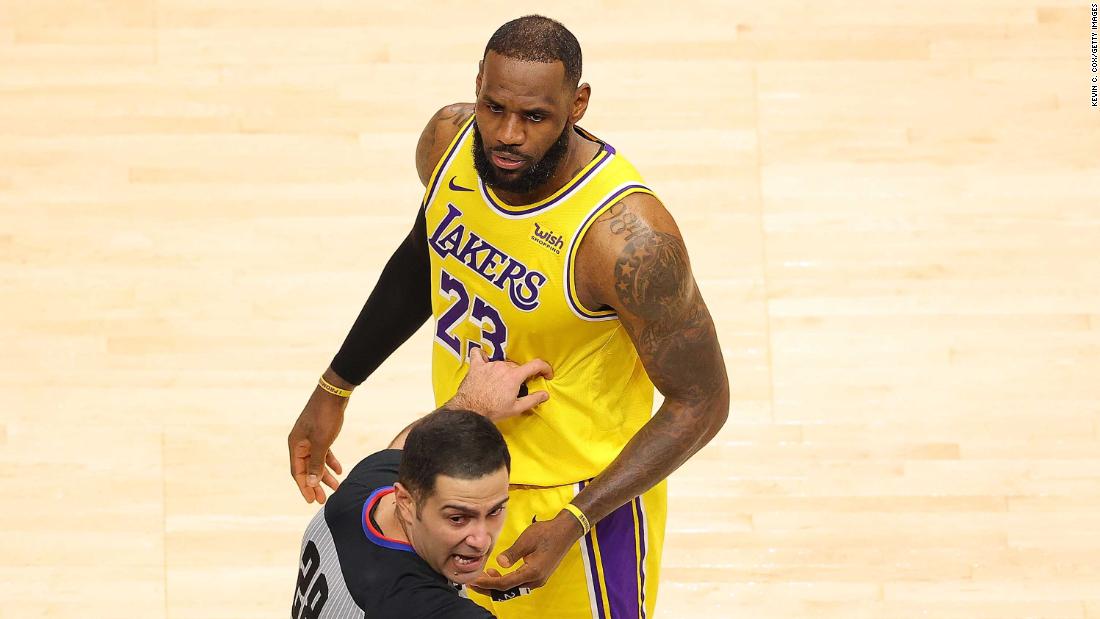 Juliana Carlos, who later took to social media to explain her side of the story, and her husband exchanged words with James in the fourth quarter of the Los Angeles Lakers’ 107-99 win over the Atlanta Hawks.

CNN has attempted to reach out to Carlos to offer her the right of reply.

Speaking after the game, 36-year-old James laughed off the incident that led to play being halted, revealing that the altercation began when he had exchanged words with a male spectator seated next to the women.

“There was a back and forth between two grown men, in which we said our piece. He said his piece, I said my piece,” he said.

“And then when someone else jumped in[to it] and then said their piece. But I don’t think they should have been kicked out. They might have had a couple of drinks maybe. … It’s fine.

“It kind of got blown out of proportion,” James said.

According to ESPN, four courtside fans were ejected from Monday’s game as a result of the argument.
James posted on Twitter after the incident: “Courtside Karen was MAD MAD.”

After the victory, in which he finished with 21 points, James said he missed having spectators back in the stadium.

“At the end of the day, I’m happy fans are back in the building,” he told the media post-game.

Carlos posted a video of the scene courtside and her explanation on her Instagram story. Both have since been deleted.

During the incident, Carlos appeared to lower her protective mask to shout at James, a move condemned by Lakers head coach Frank Vogel.

“It certainly exposed something with regard to having fans in the pandemic,” Vogel said. “You obviously can’t have fans taking their masks down and shouting at our players with the virus out there during these times.”

The win means that after the Lakers’ seven-game road trip, they return to LA with five wins and two defeats and a 16-6 record, hot on the heels of the Los Angeles Clippers and the Utah Jazz at the top of the Western Conference.