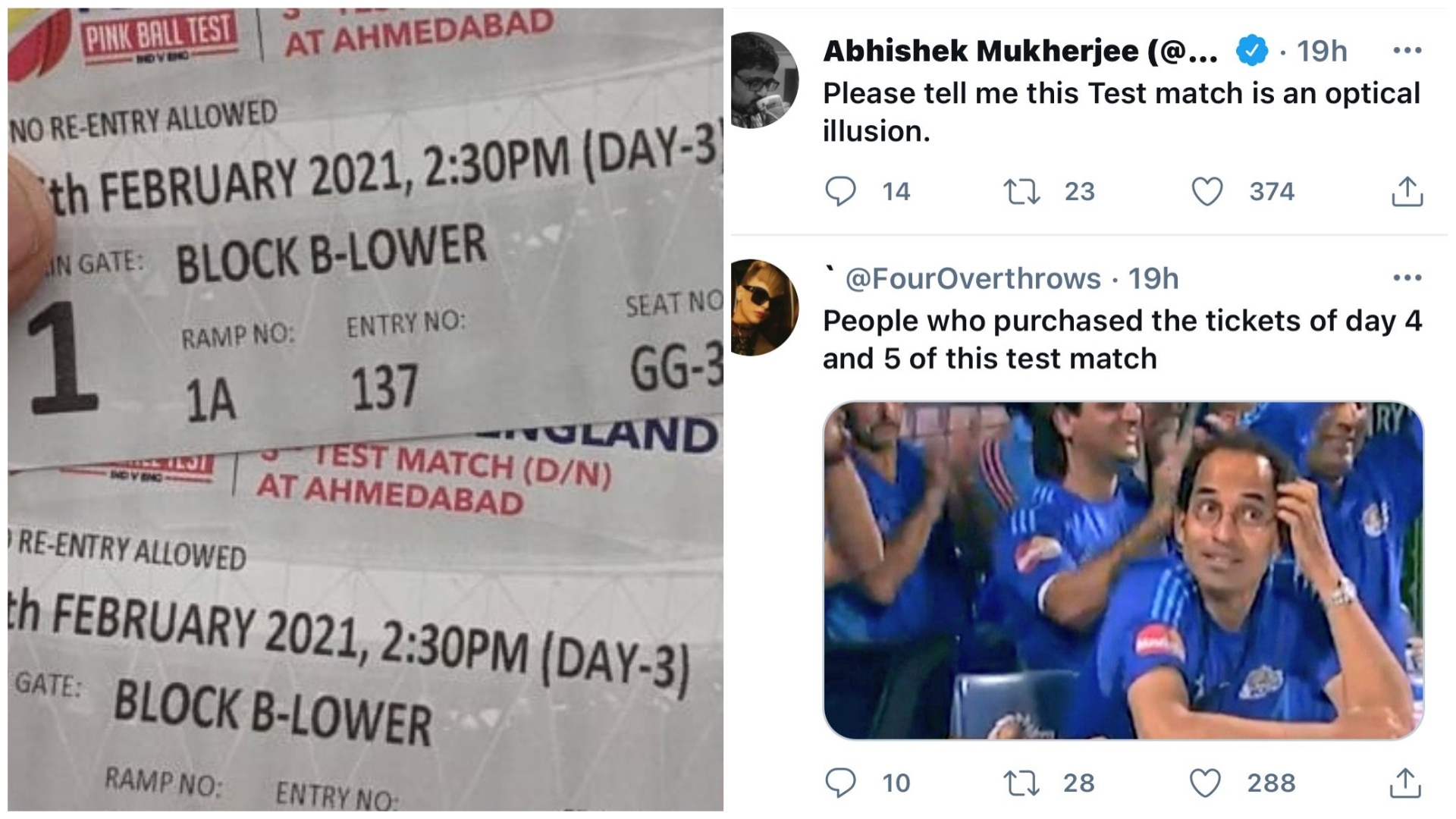 India vs England 3rd Test at the Narendra Modi Stadium in Ahmedabad ended in an embarrassing defeat for the visitors. India won by ten wickets as England got all-out for a score of 81 in the second innings. India chased down the score on Day 2 itself, ending the Test match in only a couple of days. But now, fans who bought the tickets for the remaining days of the Test match are demanding a refund of their entire amount.

The 3rd Test was extremely unusual as it ended in just two days’ time. Many cricketers criticized the pitch, while some said that it was a poor show of batting by the English batsmen. But there’s an important and rather, a funny discussion happening on Twitter. People who bought the tickets are taking to Twitter to demand a refund, while some fans are looking at the funny side of the story. Checkout these funny memes:

When we contacted BookMyShow.com, the website for online ticket booking, an official said, “We want to assure our customers that the refund would be provided. It was unprecedented, so we would require 24 hours to resolve the issue.”