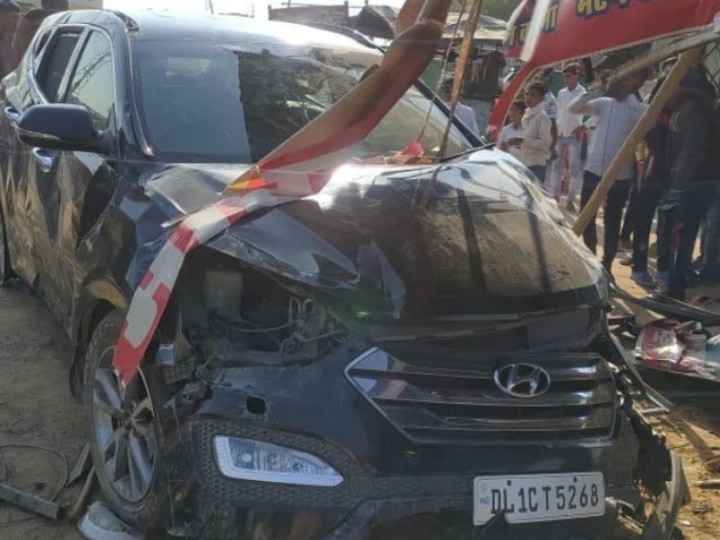 Former Indian team captain and Congress leader Mohammad Azharuddin met with an accident in Soorwal, Rajasthan. Azharuddin’s car reportedly overturned in this accident. The good thing is that he along with three other co-passengers, narrowly survived the accident and did not sustain any major injuries. After the accident, Azhar and his co-passengers were admitted to the nearby hospital from where they were discharged after first aide. According to the reports, the vehicle overturned after it got imbalanced. Police have started investigating the case.

In December 2000, BCCI banned Azhar for lifetime involvement in match fixing. The Andhra Pradesh High Court lifted that ban in 2012 after a long legal battle. A stand in Rajiv Gandhi International Cricket Stadium was named after Azhar in 2019.

In 2011, Mohammad Azharuddin’s son Mohammad Ayazuddin died after getting critically injured in a road accident

19-year-old Ayazuddin, son of Mohammad Azharuddin died after he got injured in a horrific road accident on 7th September, 2011. In the same accident, Azmalur Rahman, son of Azhar’s sister, died on spot.

The incident took place on 11 September when 19-year-old Ayazuddin was traveling from Airport to Banjara Hills with friends. He was injured in a road accident and since then his condition was critical. After fighting for life for six days, Ayaz breathed his last one morning at a hospital in Hyderabad.

The doctors made a lot of efforts to save him, but his body had so many internal injuries that it became almost impossible to save him. According to reports, Ayaz suffered deep injuries on his lungs, kidneys, liver, bile and chest. During treatment, one of his kidneys was also removed by the doctors.

According to reports, Ayaz lost control and hit a wall in the middle of the road while driving at a speed of about 200 km per hour. Azhar had gifted this motorcycle to his son on Eid. The bike was a Suzuki GSXR 1000 cc car that cost Rs. 13 lakhs.