‘Everybody is scared of 2021.’ Europeans are losing jobs, businesses and hope

business, Europeans are losing jobs and businesses as the pandemic takes its toll - CNN 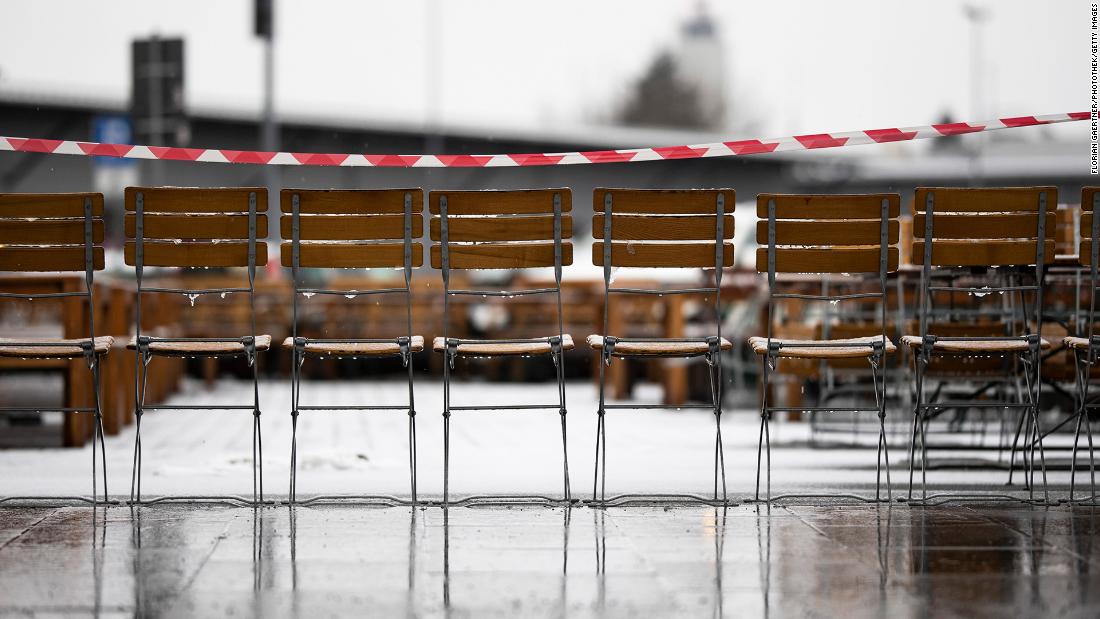 “We worked so hard for everything and just to have it pulled out from underneath you through no fault of your own … [My wife and I] had plans to travel and do something in our twilight years, but we’ve gone through all our savings and are pretty heavily in debt,” said Wiseheart.

Having laid off all seven employees and returned most of his vehicles, Wiseheart is trying to keep up lease payments on two vans in the hope that business might pick up again around Easter. “It’ll be hard for us to get out of this mess, but I think we will,” he said.

Governments across Europe reimposed lockdowns over December to respond to spikes in coronavirus cases and deaths, capping a year that plunged the global economy into its biggest peacetime contraction since the Great Depression. Restrictions have been tightened in some places in the past two months with increasingly severe consequences for workers and businesses.

The economy of the European Union is back in recession after GDP contracted again in the fourth quarter of last year, and major EU countries, including Germany and France, continue to struggle in early 2021. At the same time, severe vaccine shortages threaten to extend restrictions into the summer and postpone the recovery. UK GDP also likely shrank in the final three months of last year, and is being hurt by lockdowns and Brexit this quarter.
As the pandemic drags on, state-funded support packages that have kept businesses afloat are reaching their limits. Despite unprecedented government support for wages, the EU unemployment rate reached 7.5% in December. That means that 16 million men and women were unemployed — an increase of nearly 2 million compared to the same month the previous year, according to Eurostat.

In the United Kingdom, the number of people claiming unemployment benefits, including those working on a low income, more than doubled to 2.6 million between March and December, according to the Office for National Statistics.

Christina Ditz, 31, is a senior garment technician at German menswear brand Bäumler. She was put onto reduced hours when the pandemic hit in March and received 60% of her salary from the government under the German short-time work system known as “Kurzarbeit.”

She dipped into her savings to cover living expenses, including rent, in the hope that the situation would improve. “In August they brought me back to work and I found a little light of hope that we would get through the pandemic safely.”

Ditz had resigned from a well paid job as a tailor at Hugo Boss in the summer of 2019 to move back home to Ingolstadt and be closer to family. The job at Bäumler, where her grandfather had worked, was a dream come true. “I remember that I [had] said to my new colleagues that I don’t trust this all because it’s too good to be true. And I was right,” she told CNN Business.

By October, the 86-year old firm had filed for bankruptcy, joining a growing list of retail casualties triggered by the pandemic. Ditz has moved back in with her parents and is now contemplating a career outside fashion. “The fashion industry is almost dying because of [coronavirus], especially in Ingolstadt, where I planned to spend my life.”

Clothing and apparel retailers have been particularly hard hit by the pandemic. In Europe, the sale of textiles, clothing and footwear was 25% lower in November than it was in February, according to Eurostat.

In the United Kingdom, the first half of 2021 “looks much like 2020, only worse,” according to the Centre for Retail Research, which expects 200,000 additional job losses in the sector “and a lot more bad news about corporate failures.”

Another industry in crisis

Tourism faces an even gloomier outlook. The sector is crucial to the economies of European countries including France, Italy, Portugal, Spain and Greece, supporting countless businesses and livelihoods. As many as 11.7 million jobs in businesses that rely directly or indirectly on the sector are at risk, according to the European Commission.

Ian Smulders, formerly a ship captain who has been working as a tour guide in Crete since leaving Ireland in 2004, said he received the last of three €299 ($362) checks from the Greek government in January. “This is supposed to keep me going until May when the new tourist season is said to start. But like my colleagues, I know that this is simply fantasy,” he told CNN Business.

Many colleagues have left the island or like him are struggling to keep a roof over their head and put food on the table, having had their income all but evaporate last year.

Apart from the ongoing uncertainty around the virus Smulders, who speaks six languages, said that many of his regular clients are simply too afraid to travel. “2021 will, if anything, be far worse than anything 2020 gave us.”

In an effort to draw visitors back, he is spearheading Magical Crete, which is packaging tours of lesser known areas of the island targeting an older demographic. “If we are going to get any tourists this year — and it’s a big ‘if’ — then they are going to be mainly elderly people, pensioners, whose income hasn’t been affected by the pandemic,” Smulders said.

According to the UN World Tourism Organization, Europe recorded a 70% decrease in arrivals in 2020, or more than 500 million fewer international tourists — the largest drop globally in absolute terms. “The overall prospects for a rebound in 2021 seem to have worsened,” it said in a statement last week. “It could take two-and-a-half to four years for international tourism to return to 2019 levels.”

Time is running out

In the English town of Crowborough, about 45 miles south of London, Suits to Suit, a suit rental company that specializes in weddings, is also looking beyond 2021 for a recovery.

“There seems to be no end in sight at the moment,” owner Andrea Woods told CNN Business. “Grooms who were supposed to get married in 2020 have found dates for 2022. Everybody is scared of 2021.”

With so much uncertainty surrounding the development of the pandemic, couples are understandably reluctant to commit to wedding dates, leaving Woods in limbo.

She is considering finding work in a grocery store to pay rent on a new premises, after her landlord sold the shop she had been leasing, until weddings start up again. For now, she has suits “piled into every nook and cranny” in her house while she contemplates what to do next. Her last wedding was in 2019.

Without further government support, the UK Federation of Small Businesses estimates that more than 250,000 firms could fail over the next 12 months. Those in hospitality might not last that long. According to a November report by the UK Office for National Statistics, a third of firms in the accommodation and food services sector were not confident that they would survive the next three months.

For Robin Thuillez, the 27 year-old owner of Le Bar a dit in Paris, the outlook is grim. His cocktail bar has been shut since March. It was impossible to reopen even in the summer given social distancing and sanitary requirements. “For the past 10 months, I have been looking for a buyer. But in the meantime, I have to pay the rent,” Thuillez said.

Fortunately, a monthly grant from the French government of €1,500 ($1,800) is covering that expense for now. He is also benefiting from “chômage partiel,” or temporary unemployment payments in relation to a job he took as head waiter at a restaurant that had to shut in October due to France’s second national lockdown.

But Thuillez doesn’t think he can balance his budget much longer. “If this goes on, I won’t be able to keep paying my rent in Paris and will have to go back to my parents,” he said. “I’m a wreck. I don’t know know what to do anymore. We are not seeing light at the end of the tunnel.”