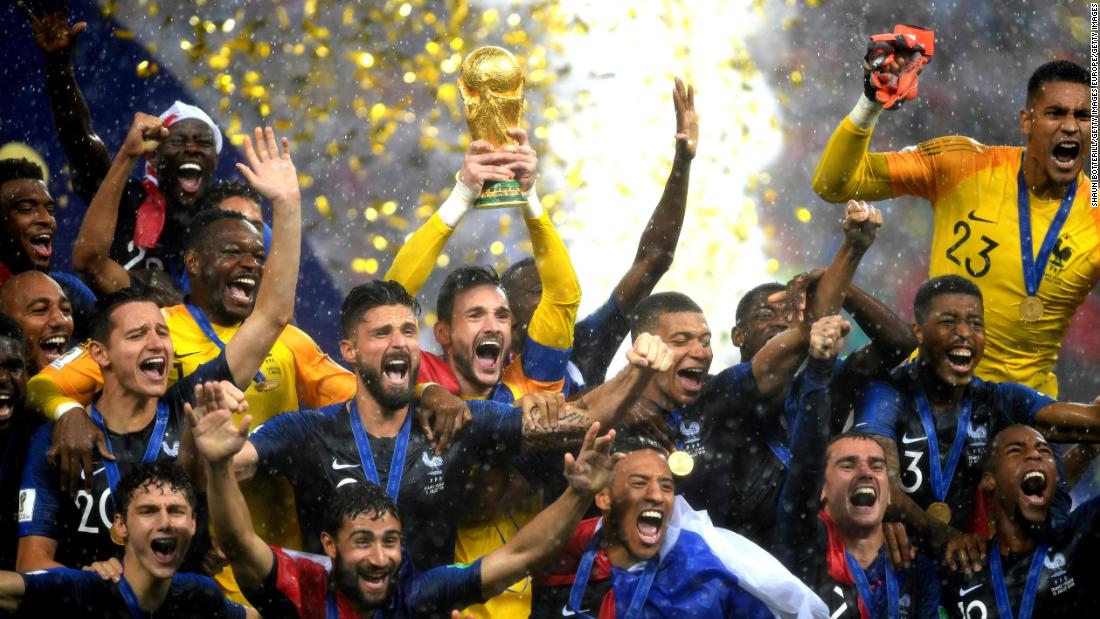 Defending champion France is in Group D with Bosnia and Herzegovina, Finland, Kazakhstan and Ukraine, while Belgium, currently the top-ranked team in the world, will play Belarus, Czech Republic, Estonia and Wales in Group E.

Germany, which won all 10 of its qualifying matches for the 2018 tournament before failing to get past the group stage, was drawn in Group J alongside Armenia, Iceland, Liechtenstein, North Macedonia and Romania.

In total, 55 teams split into 10 groups will vie for a place in Qatar with the qualifying matches taking place throughout next year.

The draw, which took place in Switzerland, pooled teams from pots based on their FIFA rankings.

There were restrictions that prevented teams being drawn in the same pool, which included certain games being prohibited for political reasons, a maximum of two teams per group whose home venues could be exposed to severe winter conditions, and a maximum of one pair of teams per group separated by excessive travel distances.

The first matches take place on March 24 and the group stages conclude on November 16.

The World Cup begins in November 2022. As host nation for the 32-team tournament, Qatar is automatically qualified.

2022 will be the last year for the 32-team format. FIFA has approved a change to a 48-team tournament for the 2026 tournament, which will be held in Canada, Mexico and the United States.