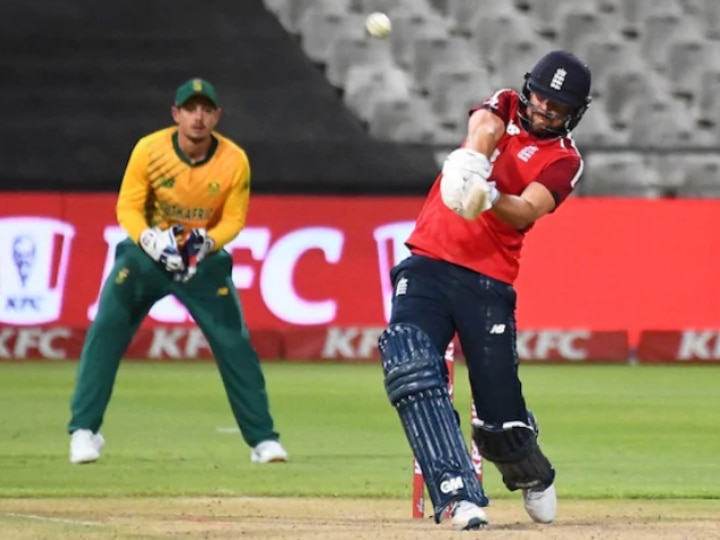 England cricket team have managed to clean-sweep the series by defeating South Africa by a big margin of 9 wickets in the third T20I match, courtesy the excellent innings of England’s left-hand batsman Dawid Malan. Batting first, South Africa set a target of 192 runs in front of the visiting team by scoring 191 runs for loss of 3 wickets in the scheduled 20 overs. In response, England achieved the target by losing just one wicket in 17.4 overs. England lost the first wicket in the form of Jason Roy for 25 runs.

Dawid Malan forgets to score a ton, returns back to pavilion on 99!

This was followed by an unbroken century partnership between Butler and Malan. While Butler scored 67 runs in 46 balls, Malan scored an unbeaten 99 off 47 balls with 11 fours and 5 sixes. Malan had a great chance to score a century. He also had the ball, but due to the wrong plan, he missed a well-deserved century.

When Malan needed two runs to complete the century, it seemed he had forgotten that he was batting for 98 runs and lead England to victory by taking a single off the fourth ball of the 18th over. Prior to this single, he had hit a four on the third ball and a six on the second ball of that same over.

By seeing the form he was seen in, it seemed that he would easily complete a century with another boundary, but he took just a single and England achieved the target. Malan was adjudged as the Player of the Series for his performance against South Africa.

Dawid Malan has attained the highest-ever rating points for batsmen in the ICC Men’s T20I Player Rankings after showing impressive performance in the recently concluded series against South Africa. The 33-year-old left-hander now has 915 points in T20I rankings and he is the first to cross the 900-point mark after Australian Aaron Finch’s 900-point achievement in July 2018.