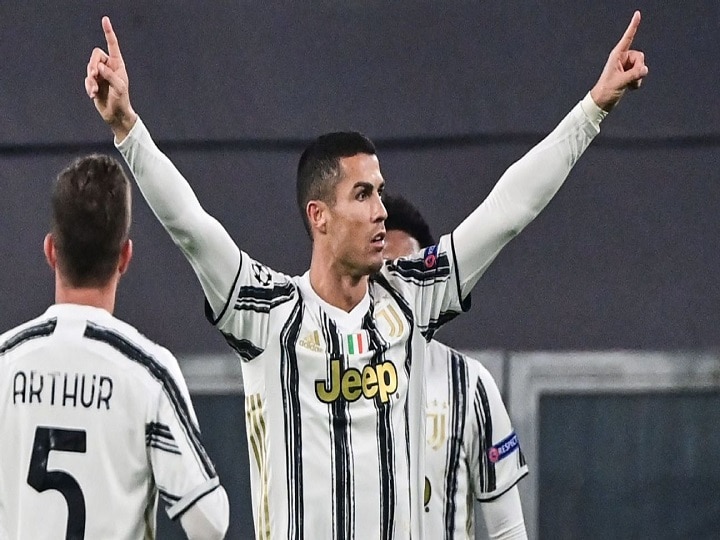 Portuguese striker Cristiano Ronaldo scaled yet another lofty milestone in his glittering footballing career as he scored his 750th career goal in Juventus’ 3-0 win over Dynamo Kyiv in the 2020-21 UEFA Champions League Group G clash played on Wednesday at the Allianz Stadium in Juventus.

After Federico Chiesa opened the scoring for the Turin based Italian club in 21st minute of the first half, Ronaldo netted the 2nd goal for his club in the 57th minute to double the lead and score his 750-career goal.

Spanish striker Álvaro Morata completed Juventus’ 3-0 drubbing on the Ukrainian club by scoring the third goal for his team in the 66th minute of the Group G encounter.

Hailed as one of the most prolific goals scorers of all time for both for his nation Portugal and across top flight European soccer leagues, the 35-year-old Ronaldo has scored a staggering 450 goals for Real Madrid, 118 for Manchester United, 75 for Juventus, five for Sporting and 102 for Portugal.

7⃣5⃣0⃣ Cristiano Ronaldo has scored 750 goals in his career for club & country ????#UCL

“750 goals, 750 happy moments, 750 smiles on the faces of our fans. Thanks to all the players and coaches who have helped me reach this incredible number, thanks to all my loyal opponents who have made me work harder and harder every day. Next stop: 800,” Ronaldo celebrated his achievement on Instagram.

With their fourth win in five group matches, Juventus are second behind leaders Barcelona FC in Group G league standings. Barcelona beat Ferencvaros 3-0 to register their fifth straight win and bolster their chances of making it to the Round of 16 in the marquee European club soccer competition

In the other major group encounters played on Match Day 5 in the UEFA Champions League, Brazilian striker Neymar found the back of the net twice as Paris Saint Germain stunned Manchester United 3-1 at Old Trafford in Group H.  Meanwhile, Chelsea trounced Sevilla 4-0 as Oliver Giroud Became the oldest footballer to score a Champions League ha-trick