Controversial Run Out Of Ajinkya Rahane: Skipper Asks Jadeja To Keep Carrying On 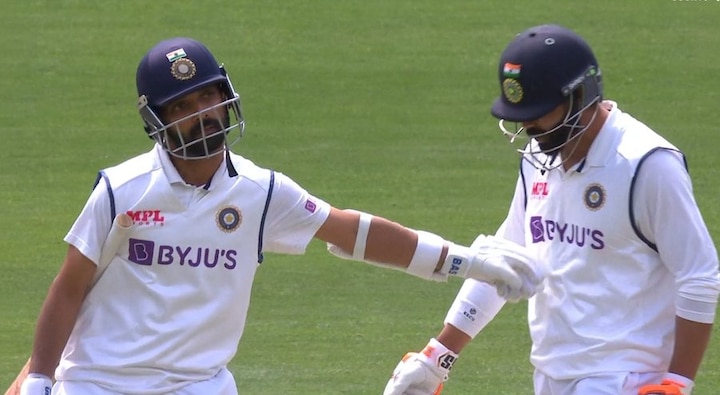 IND vs AUS, 2nd Test, Day 3: ‘Carry on!’ said, Ajinkya Rahane to Ravindra Jadeja as soon as ‘OUT’ flashed on the big screen on the day three of the second Test being played at Melbourne Cricket Ground. ALSO READ | IND vs AUS, 2nd Test (Day 3): Fans Hopeful Of Win As Team India Takes 131-Run Lead Against Aussies

Team India managed to get a 131-run lead in the first innings over Australia. Resuming at 277/5, India made a score of 326 runs at the loss of 5 wickets in their first innings.

India’s stand-in skipper Rahane was run out for 112 while Ravindra Jadeja completed the 15th half-century of his Test career, bringing Team India’s score to over 300.

Jadeja was batting on 49 when he defended a delivery from Nathan Lyon towards the off side. He played one towards off-side and ran for a quick single, perhaps out of the anxiety to het his fifty soon. During the course of the run, Rahane looked in no danger of being short. In fact, skipper Tim Paine did not look confident while dislodging the bails but Rahane was given run out as replay showed his bat was on the line

Despite a run out, Rahane put up his leadership qualities and came up with a brilliant gesture for his batting partner Ravindra Jadeja. As soon as the giant screens flashed ‘OUT’, the first thing Ajinkya Rahane did was to tap Ravindra Jadeja and tell him to carry on.

Rahane’s gesture towards Jadeja won million of heart. Fans took notice of the moment and hailed Rahane for his leadership qualities. Checkout reactions below!