Conor McGregor is one of the best at ‘getting under your skin,’ says Dustin Poirier

' says UFC fighter Dustin Poirier - CNN, Conor McGregor is one of the best at 'getting under your skin, sport 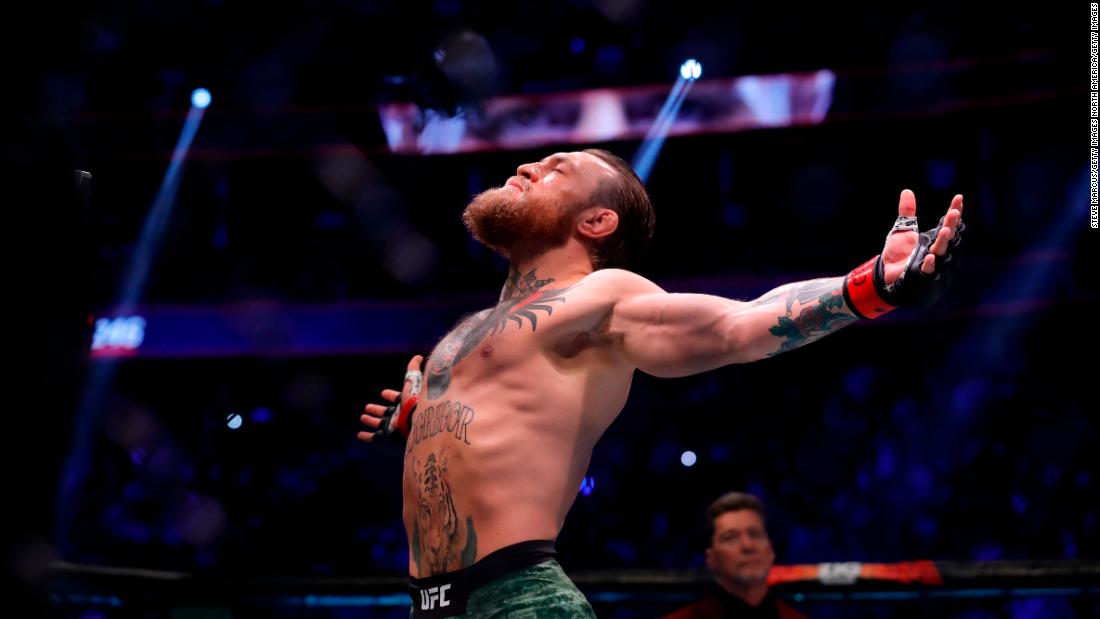 The ‘Notorious’ UFC fighter returns to the Octagon after a third retirement this Saturday where he’ll face Dustin Poirier at UFC 257. It’s a rematch from 2014 where McGregor took less than two minutes to knock out the American. Poirier says he learned a lot from that defeat and six years later he’s a very different fighter.
“I’m more prepared now on the mental side,” Poirier told CNN Sport’s Don Riddell. “Before, when I was younger, I didn’t put a whole lot into the mental side of fighting. I listened to critics. I listened to opinions of people. I listened to Conor.

“I got frustrated and caught up in all the war of words leading up to the fight. And he’s one of the best at that, getting under your skin, making you upset. Now, that’s just noise to me.”

There will be very little noise on Fight Island in Abu Dhabi this Saturday with only 2,000 fans allowed to attend due to the coronavirus pandemic.

Having beaten Dan Hooker in front of no fans in Las Vegas last June, Poirier says he prefers the sound of silence.

“I liked fighting without a crowd. Yeah, like I know some fighters feed off the energy of the crowd and want to get pumped up and stuff like that. For the first time in my career, I fought with nobody in attendance in 2020, last year. And I thought it was calm. It was more peaceful.

“Fighting is chaotic. Your brain is moving a million miles an hour and on a regular fight night you have people hanging over the things trying to grab you when you walk into the octagon and people yelling and stuff like that. It just makes it more chaotic. And it was peaceful.

“It also makes the fight more intimate. When you’re standing across from that guy, you’re not hearing thousands of screams, you’re hearing your own thoughts, you’re hearing the announcers talking. It’s really weird, man. It was a great experience to go to that.”

Champion in his own right

A former interim lightweight champion, Poirier has won 26 out of 33 Mixed Martial Arts bouts. He’s the only man to have faced both McGregor and Khabib Nurmagomedov, losing to both.

McGregor also lost to the undefeated Russian in 2018. The former two-division champion returned to the cage a year ago to beat Donald Cerrone before announcing a third retirement in June.
A change of heart occurred after the Irishman and Poirier exchanged tweets regarding a charity exhibition contest, before the UFC got on board.
Whatever happens on Saturday, Poirier knows there will be winners because of him. He’s been auctioning off his used fight gear to help fund his non-profit — The Good Fight Foundation. He’s changed the lives of people locally in Louisiana and much further afield too.
“When I fought Khabib last year here in Abu Dhabi,” explains Poirier, “we raised a lot of money and we were able to build water wells in Africa for the Pygmy people [in Uganda] and also buy them 40 acres of land.

“And I think that is incredible, man. It transcends fighting. And I don’t take that stuff lightly. I’m very thankful for the position I’m in and the platform I have to raise awareness, to be a voice for the voiceless.

Poirier is especially proud of building a children’s playground that is accessible for disabled children in his hometown, that the UFC fighter says was a young, dying boy’s wish to have a space that he and his friends could play on. “That’s a big deal to me,” adds Poirier.

McGregor has already vowed to donate $500,000 from Saturday’s lightweight contest to the foundation. While Poirier will sell the clothes off his back.

“What I wear to the octagon will all be auctioned off the following week. I keep memories. And I keep piece of that goal with me that the money goes towards in my heart every time. That’s more valuable to me than a pair of bloody gloves.”