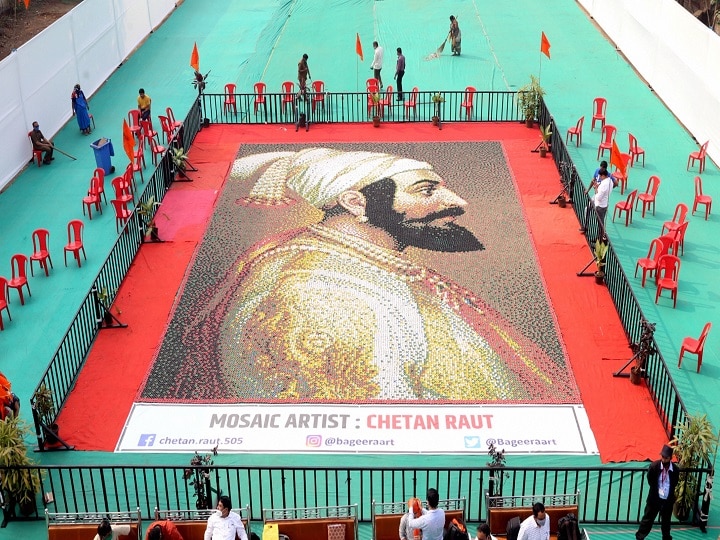 Today is celebrated as 391st birth anniversary of famous Maratha ruler Chhatrapati Shivaji Maharaj. Also popularly known as Shivaji Jayanti, the day is celebrated on 19th February every year in Maharasthra and other parts of the country.  It is one of the most important festivals of Maharasthra, and people observe the birth anniversary with much fervour and zest.  On the occasion several programs are organized all over the state every year.  Also Read:  In A First, China Admits Casualties In Galwan Valley; Reveals Details Of Soldiers Who Died In The Clash

Considering the pandemic and fear of the mutant coronavirus, the state has decided to celebrate the occasion in a simple manner and released guidelines to follow while celebrating the Jayanti. This year no performances, lectures, songs, plays or other cultural events will be organised. Instead, arrangements should be made to make the program available on cable network or online. Also, bike rallies, processions should not be taken out, instead a wreath-laying ceremony is being held at the statue or image of Chhatrapati Shivaji Maharaj, allowing social celebrations to be held in the place and celebrating Shiva Jayanti in the presence of only 100 people.

Who was Chhatrapati Shivaji Maharaj?

Born in 1630, Chhatrapati Shivaji Maharaj was a Maratha emperor and fought several wars against Mughals. Also known as Shivaji Bhosale, the Maratha King was born at Shivneri Fort near Pune and named after a regional Goddess Shivai.  In 1674, he was formally crowned as the Chhatrapati, or emperor of the Maratha Empire. In an interesting nugget of information, the ruler is believed to have promoted the use of Marathi and Sanskrit in court and administration as opposed to the Persian language, which was the norm in those times.

He is credited for forming a well-structured civil administration system, and considered to be one of the first Indian rulers to have introduced the concept of “naval force” to fight the Konkan side of Maharashtra. The king known for his courage and secularism, went on to hire several Muslim soldiers in his battalion. At 16 years of age, Shivaji Maharaj captured the Torna fort and by the time he turned 17 he went on to win the Raigad and Kondana forts.  Considered as the greatest Maratha ruler, he formed his own enclave from the declining Adilshahi sultanate of Bijapur which heralded the start of the Maratha Empire. The day has been observed as the Chhatrapati Shivaji Maharaj Jayanti or Shiv Jayanti in 1870 when Mahatma Jyotirao Phule discovered the tomb of Shivaji in Raigad, Pune.