Champions League draw: Barcelona faces Paris Saint-Germain in pick of round of 16 ties 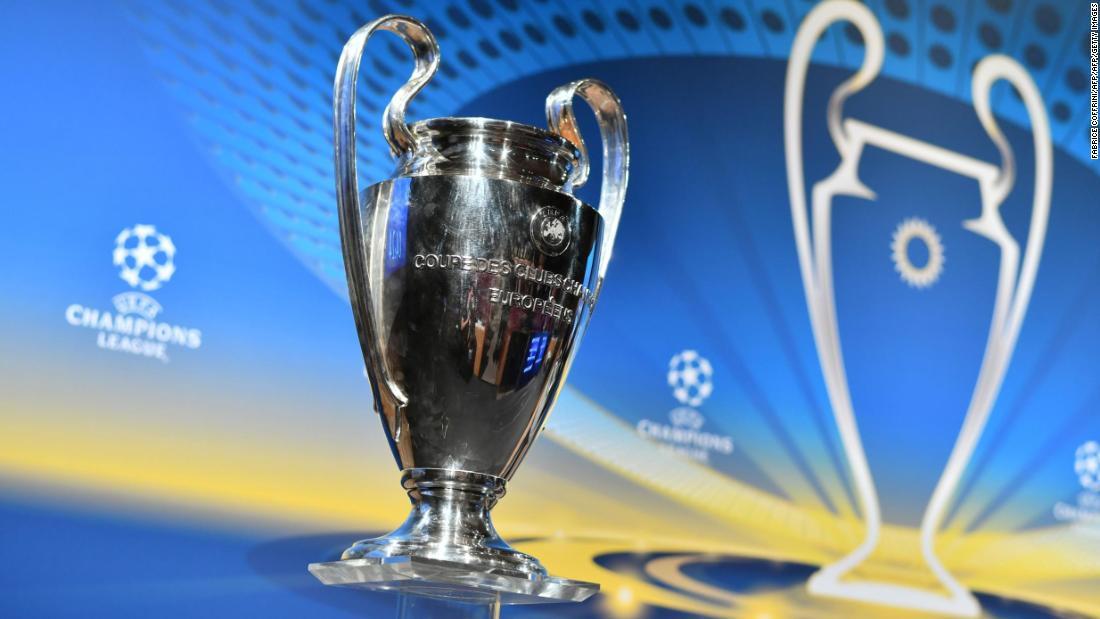 The pandemic has meant the vast majority of the games have been played behind closed doors, but the intensity and quality has remained high despite the absence of fans.

Defending champion Bayern Munich is undoubtedly the overwhelming favorite to once again lift the trophy, though — as we’ve seen around the European domestic leagues — this season is likely to throw up more than one surprise.

Pick of the bunch

In what is unquestionably the blockbuster tie of the round of 16, crisis club Barcelona will face last season’s beaten finalist Paris Saint-Germain.

Both sides have struggled for form domestically since the beginning of the season, with Barcelona, under new coach Ronald Koeman, sitting in a lowly eighth place in La Liga, already nine points off leaders Real Sociedad and Atletico Madrid.

PSG, meanwhile, was beaten by Lyon on Sunday to leave the top of Ligue 1 looking very congested. Defeat leaves PSG in third and just one point off leader Lille, but just six points separates first and seventh.

However, more worryingly than its patchy form, PSG star forward Neymar was stretchered off in tears with what appears to be a left ankle injury sustained after a heavy challenge from Lyon’s Thiago Mendes.

PSG now faces an anxious wait to find out the extent of the damage and whether Neymar will be fit in time to face his former club when the Champions League resumes in February.

Elsewhere, Atletico Madrid and Chelsea provide an intriguing match up of those two clubs’ respective coaches, with the wily, battle-hardened Diego Simeone going up against the more inexperienced Frank Lampard.

The London club have at times looked exhilarating in attack under Lampard, but have so far failed to find consistency. After only just scraping through last season’s group stages, Chelsea progressed at a canter this time round, firing 14 goals and conceding just two to impressively top Group E.

Conversely, Atletico has struggled to find form in the Champions League and needed to avoid defeat against RB Salzburg in the final group stage game to guarantee a place in the last 16.

While domestic form, despite defeat to Real Madrid on Saturday, has seen Simeone’s side set the early pace in La Liga, Atleti has so far failed to find its feet in Europe. Could this season see the Argentine coach prioritize trying to win a first league title since 2014 over European glory?

Defending champion Bayern Munich has been handed a tricky tie against an exciting Lazio side.

Bayern, like most of the teams in the knockout stages, has struggled to find domestic consistency in recent weeks — in fact, none of the 16 teams remaining in the Champions League are currently top of their respective leagues.

However, Hansi Flick’s side remain a daunting opponent for any team and are rightfully the bookmakers’ favorite to win back-to-back titles. In striker Robert Lewandowski, a Ballon d’Or contender, it boasts the best striker in Europe, with the Pole already netting 13 goals this season.

Perhaps most concerningly for Bayern’s European rivals is that the Bavarian club arguably only got stronger following last season’s triumph.

Despite losing midfield maestro Thiago to Liverpool and Philippe Coutinho returning to Barcelona, Bayern has bolstered its ranks with the additions of Leroy Sane from Manchester City and highly-rated Spanish youngster Marc Roca, as well as the return of winger Douglas Costa.

Intriguingly, Lazio boasts the only man that was able to surpass Lewandowski’s goal tally last season. In Ciro Immobile, the Italian side possesses one of Europe’s most dangerous marksmen.

Bayern fans will remember the Italian for a less than impressive stint while at German rival Borussia Dortmund in 2014-15, but Immobile has found a happy home in the Italian capital as the focal point of Simone Inzaghi’s forward-thinking side.

It will certainly be a tall order to get past the juggernaut that is Bayern, but Lazio possesses the tools to cause an upset.

The first legs will take place on Thursday 18 February, with the second legs on Thursday 25 February.

However, Tottenham Hotspur’s home game against Wolfsberger AC will be on Wednesday 24 February due to UEFA Europa League clash with Arsenal, who are also seeded. Arsenal’s game will be played on Thursday.

Tiger Woods puts season on hold after fifth back operation

Tiger Woods puts season on hold after fifth back operation