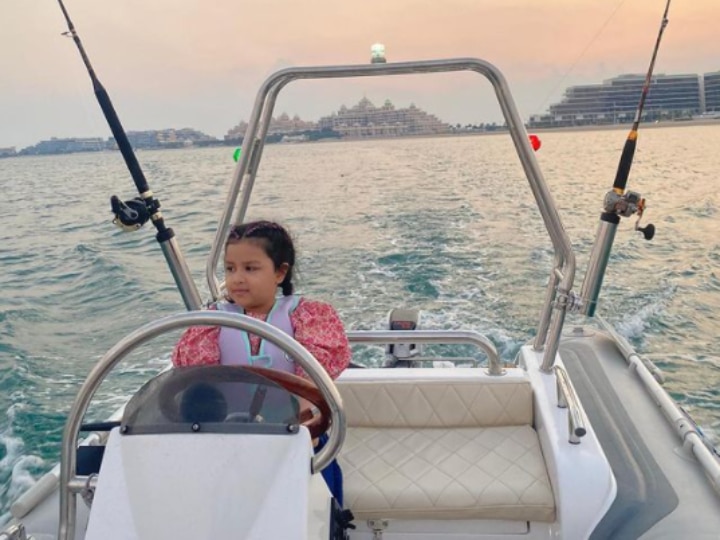 MS Dhoni, former captain of the Indian cricket team, is spending holidays in Dubai with his family after announcing his retirement from international cricket in August and later playing IPL. Photos of his family’s outing of Dubai and fun moments are getting viral on social media. The latest pictures and videos from Dubai and on social media are of Dhoni’s daughter Ziva. In the latest picture, Ziva looks like the captain of a ship, which has been posted from her Instagram account.

In this photo, Ziva can be seen enjoying her ride on the water motorbike. Apart from this, many more pictures of Dhoni, his daughter and family have been featured on social media.

In a video uploaded by Chennai Super Kings, Dhoni can be seen celebrating birthday of his wife Sakshi where both are dancing accompanied by their daughter Ziva. The cricketer went to Dubai to make this special occasion memorable.

Chennai Super Kings has uploaded the video of their captain Mahendra Singh Dhoni on the official Twitter account. While sharing this video, Chennai Superkings has also written a fun caption. CSK wrote in the caption, ‘Can we stop ourselves from smiling after watching this video? ‘Definitely not’.

Chennai Super Kings legendary skipper MS Dhoni has not returned from Dubai since IPL 2020. He is spending holidays with his family there. IPL 2020 was a total nightmare for Dhoni and his team Chennai Super Kings. For the first time in the history of IPL, CSK were eliminated from the group stage of the tournament. During the last match of IPL 2020, Dhoni has indicated to continue playing for CSK in the next season. However, at the moment he is spending free time in Dubai with fun.