Boeing's 737 Max has a new problem that will ground some of the jets again - CNN, business 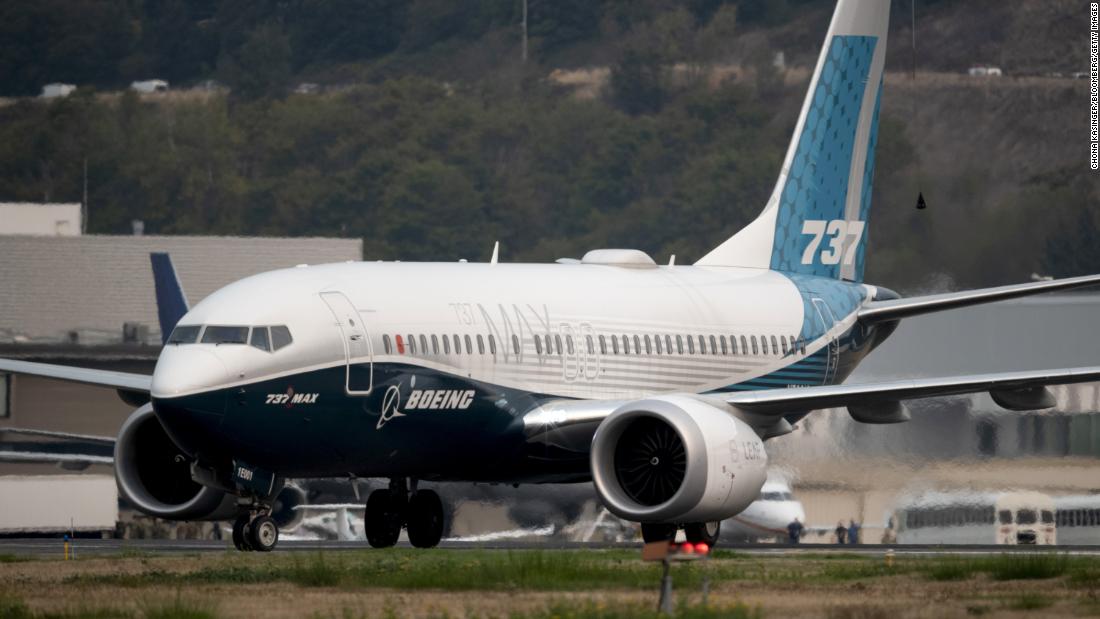 “Boeing has recommended to 16 customers that they address a potential electrical issue in a specific group of 737 Max airplanes prior to further operations,” the company said.

Airlines need to verify that one of the components of the plane’s electrical system is sufficiently grounded, Boeing stated. The company said it is working with the US Federal Aviation Administration to address the problem.

All of the planes were grounded for 20 months worldwide from March 2019 through November of 2020 following two fatal crashes that killed 346 people. Although the FAA has approved the fixes that Boeing made to the malfunctioning safety system blamed for the crashes, several other countries, including China, have yet to clear the plane to fly again. The grounding cost Boeing more than $20 billion.
Boeing (BA) did not identify which 16 airlines are affected by this alert, or how many of the planes are affected by the problem.

CNN safety analyst David Soucie said he believes the issue specifically involves a backup to the main power system that powers all of the aircraft’s electrical parts. The system is roughly analogous to the circuit breaker panel in a house.

The fact that the planes were grounded indicates that this is potentially a “catastrophic” problem that could have caused a fire, Soucie said. But he noted it’s a good sign for the plane — and its safety — that the potential threat was discovered before there was an incident.

Many airlines that own the planes have been eager to get them back in service despite having many of their planes still parked during a period of reduced air traffic caused by the Covid-19 pandemic. The planes are more fuel efficient and have lower maintenance costs than earlier versions of the 737, which have remained in service during the grounding.
After a year of very weak demand for air travel, air traffic has picked up in recent months, especially in the United States. The airlines do not need to cancel flights to replace planes in their fleets.
Four US airlines — Southwest (LUV), United (UAL), American (AAL) and Alaska Air (ALK) — have the 737 Max planes in their fleets and are currently flying them. Southwest and United have placed orders for additional 737 Max jets since the grounding was lifted.

Southwest, which owns the most 737 Max planes, said Friday that the issue affects 30 of those 58 jets in its fleet. It says those planes will be replaced by other aircraft and that it “anticipates minimal disruption to our operation” since it flies Maxes on a limited schedule and the planes account for only a fraction of its planes in service.

United said the problem affects 16 of its 30 Max planes.

“We are working to swap out aircraft to minimize the impact to our customers,” it said. “We are in communication with Boeing to understand the timeline for returning the aircraft safely to our fleet. We do not have an estimate right now.”

American said the issue does not affect the 24 737 Max jets it had in its fleet before the original grounding — it involves only the 17 jets that were built during or after the grounding and delivered to the airline since November.

“We will continue to work with the FAA, Boeing and our union leaders and their safety teams as a thorough assessment of the issue is completed,” said American.

American, the first US airline to begin flights with the Max in December, said last month that it has not seen any indication that passengers are less willing to fly the Max than they are other jets.