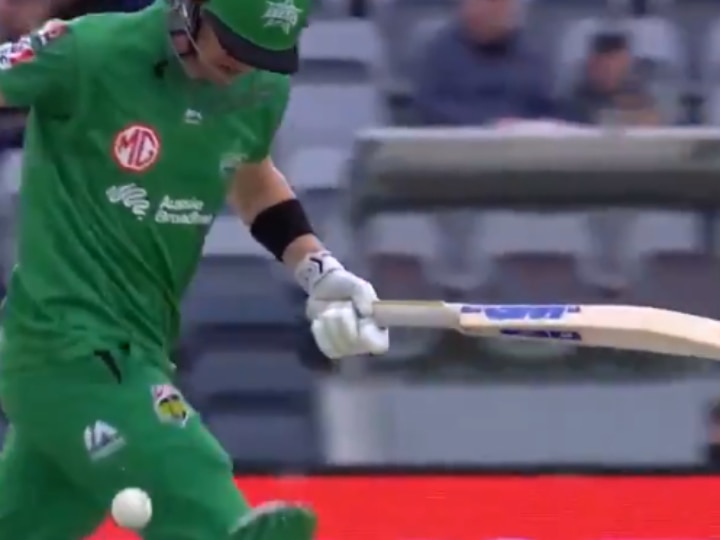 Every time when some bizarre incident takes place on social media it does not take long for videos of such incidents to go viral on social media. The same thing happened in the third match of Big Bash 2020, which won the hearts of all the fans. The match was played between Melbourne Stars and Sydney Thunder.

In the last over of this match, batsman Nick Larkin tried to play a sweep shot on the ball off Daniel Sams, but he failed. And, during this, the ball got entangled in his T-shirt, leaving the fielders searching for the ball.

However, the batsman did not realize where the ball went and he started to run in an attempt to steal a quick single. When he was about to complete his run, he realized that the ball was in his jersey.

Just when Larkin reached the other end while taking the run, the ball popped out from inside his jersey. Now the question is whether this run of Larkin was valid or not. The on-field umpire decided to disallow the run, sending Larkin back on strike. The video of this unusual incident is now getting very viral on social media.

In this match, the Melbourne Stars, batting first, scored 169 for 8 wickets in 20 overs, with Marcus Stoinis scoring the highest 61 runs.

Stoinis scored 61 off 37 balls which included 6 fours and 2 sixes. On the other hand, Sydney Thunder’s team could only manage 147 runs for 9 wickets in 20 overs. In this way, Melbourne Stars won this match by 22 runs.