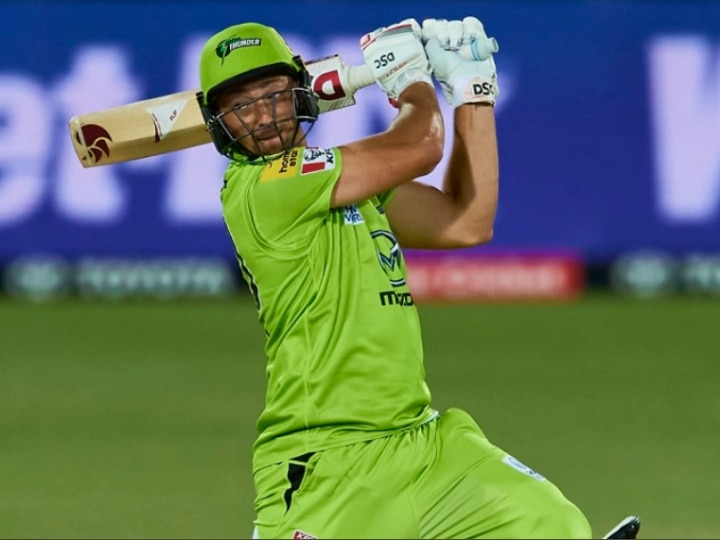 Cricket fans got to witness a stormy innings in the 7th match of the Big Bash League 10 going on in Australia. The remarkable knock was played by all-rounder Daniel Sams, who literally snatched the match from Brisbane Heat on the back of his tremendous hard-hitting. Sams scored 65 not out off just 25 balls with the help of 7 sixes and 3 fours and Sydney Thunder won the match by 4 wickets.

Brisbane Heat scored 178 for 6 wickets in 20 overs, batting first, and Sydney achieved the target in 18.5 overs. You will be surprised to know that at one time Sydney Thunder lost their five wickets for 80 runs, but despite this they managed to defeat Brisbane Heat.

Sydney Thunder started off chasing 179 runs very poorly. Alex Hales returned to the pavilion at 0 on the second ball. Captain Ferguson could not even open the account. After this, Usman Khawaja and Alex Ross scored some quick runs but Khwaja also became the victim of Wildermuth.

Ross scored 34, Holt 23 and Ben Cutting scored 29 runs, but despite this, Brisbane’s team dominated the match. But then suddenly there came the storm of Daniel Sams. The right-handed batsman completed his half-century in just 23 balls, hitting amazing sixes and fours. Sams hammered 5 sixes and 3 fours to reach his fifty. After this, he hit two more sixes.

Daniel Sams won the match for Sydney by hitting 4 sixes off Ben Laughlin’s over. Sydney Thunder needed 24 runs in the last two overs and Brisbane captain Chris Lynn handed over the ball to fast bowler Laughlin. But Lin’s decision did not go in favor of his team.

Incredible! Daniel Sams hits four sixes off the penultimate over to seal a remarkable comeback win for the Thunder! #BBL10 pic.twitter.com/06tfOInTeB

Laughlin bowled the first ball, a no ball, on which Sams hit a six. He then completed his half-century by hitting a six off Laughlin’s third ball. On the fourth ball, Sams hit a six again and after that he hit a six over Extra Covers on the fifth ball, finally powering his team to an incredible win with 7 balls to spare.