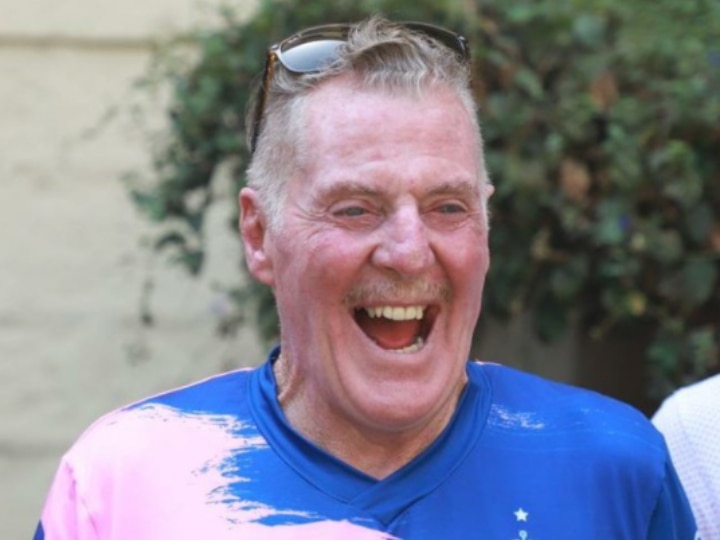 England cricket team’s star all-rounder Ben Stokes decided to leave his team a few months ago and move to New Zealand. He returned to New Zealand to support his father, Ged Stokes, who was battling with brain cancer. After spending some time with the family, Stokes had come to play in the IPL. Now, after a year-long battle with the dreaded disease, Ged Stokes has passed away at the age of 65. He died while undergoing treatment in New Zealand.

ALSO READ | On This Day In 2011, Virender Sehwag Stunned The World And Etched His Name In History

Ged Stokes’ illness was diagnosed in January. After being diagnosed with the disease, he was hospitalized in Johannesburg for about five weeks. Ben Stokes’ father Ged Stokes has been a former rugby player and coach for Workington Town Rugby team. Ben Stokes plays cricket for England but is originally from New Zealand. His father lived in New Zealand. Ged’s former club Workington Town confirmed the news about his demise. Ged played for the club for one season in 1982–83. Then in the year 2003, he was the coach of the team.

In August 2020, Ben Stokes withdrew from the Test series against Pakistan to live and some time with his father. He returned to Christchurch after the first Test. After spending some time with his father for almost two months, Stokes made his comeback to the cricket field from the Indian Premier League (IPL). In IPL, Ben Stokes plays for Rajasthan Royals. Rajasthan Royals took to Twitter to pay tribute to Ben Stokes’ father.

RIP Ged Stokes. One of the greatest characters in our special cricket family.


We’re with you Ben. Strength to you and your family 💗🙏 pic.twitter.com/jA2EA0DVIk

During an interview, Stokes had revealed that his ailing father was the one who asked him to return to playing cricket by taking part in the Indian Premier League (IPL).

“Sitting in a hotel room in quarantine once again after leaving New Zealand is not how I thought I would be arriving at the IPL, but here I am and all things considered, I’m in a good place,” Stokes wrote in a column for The Mirror.

“Saying goodbye to my dad, my mum and my brother in Christchurch was tough. It has been a difficult time for us as a family, but we’ve pulled together and supported each other as best we can.

“And I was able to get on the plane with my parents’ love and blessing after we reached the decision, for me to get back playing, as a family with no external influences,” he added.