Believe It Or Not! Astronomers Observe Distant Galaxy Dying As It Loses Its Fuel 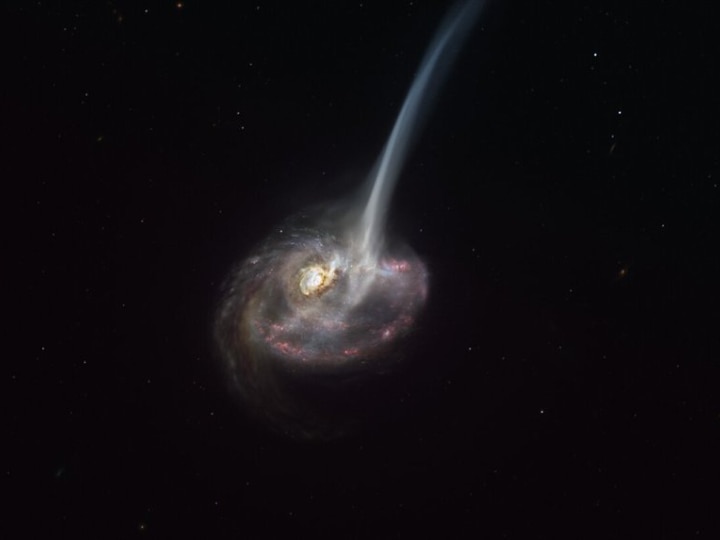 In a sudden turn of events, Astronomers at the European Southern Observatory have observed a distant galaxy ejecting nearly half of its star-forming gas at a rate equivalent to 10,000 Suns worth of gas a year, causing the galaxy to die and lose its fuel to form new stars. ALSO READ | PSLV-C50 Launch: India’s 42nd Communication Satellite Blasts Off Successfully From Sriharikota

Annagrazia Puglisi, the lead researcher on the new study from the Durham University (UK) in a report published by European Southern Observatory (ESO) said that “this is the first time we have observed a typical massive star-forming galaxy in the distant Universe about to ‘die’ because of a massive cold gas ejection.”

ESO has stated that astronomers have seen a galaxy ejecting nearly half of its star-forming gas. This ejection is happening at a startling rate, equivalent to 10 000 Suns-worth of gas a year — the galaxy is rapidly losing its fuel to make new stars. The team believes that this spectacular event was triggered by a collision with another galaxy, which could lead astronomers to rethink how galaxies stop bringing new stars to life.

The researchers and experts are of the belief that the gas ejection is removing an astonishing 46% of the total cold gas from ID2299. Because the galaxy is also forming stars very rapidly, hundreds of times faster than our Milky Way, the remaining gas will be quickly consumed, shutting down ID2299 in just a few tens of million years.

The ESO report further states that winds caused by star formation and the activity of black holes at the centres of massive galaxies are responsible for launching star-forming material into space, thus ending galaxies’ ability to make new stars.

Horoscope, March 9, 2021: Promotion On The Cards For Pisces; Know About Other Sun Signs