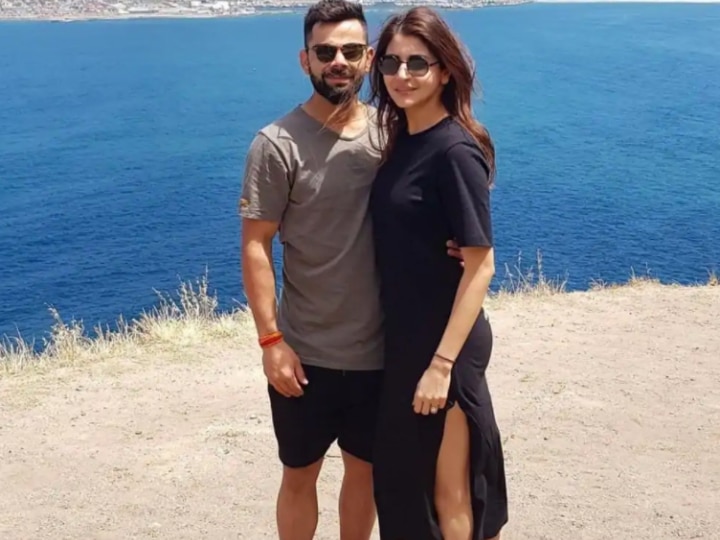 Former Australian fast bowler Brett Lee has invited Anushka Sharma and Virat Kohli to give birth to their first child on Australian soil. Lee had said in an interview with Mid-day newspaper that if Mr. Kohli wishes, his child is welcome in Australia and that the people of Australia will be very accepting of them.

Earlier this year, Anushka talked about the ‘humbling’ experience of motherhood in an Instagram post. Sharing a picture of herself, she had written, “Nothing is more real & humbling than experiencing creation of life in you. When this is not in your control then really what is?” Virat had commented on the photo, “My whole world in one frame.”

In the shared advert, Anushka dressed in sober rose pink dress, talks about how pregnancy has changed her life completely. With earphones plugged in, Anushka enjoys her music when she realises baby kick, indicating that the baby is hungry. The actress then talks about about how she has started putting his/her needs above her own.

Captain Virat Kohli faced a lot of criticism for deciding to leave the series against Australia. Netizens even questioned his commitment towards the country saying it his national duty to be with the Indian team but in a recent interview, Virat Kohli said that he has no doubts in his mind in asking for paternity leave so that he could return home to be with his pregnant wife.

“It is a decision that was absolutely clear in my mind. As committed as you are to play for your country, this is a very, very special moment in life and something that you want to be there for at any cost,” Kohli told Australia’s Steve Smith in a video posted by BCCI.