Apple’s supply chain woes are adding up in Asia

Apple's supply chain woes are adding up in India and China with Wistron and Pegatron on probation - CNN, tech 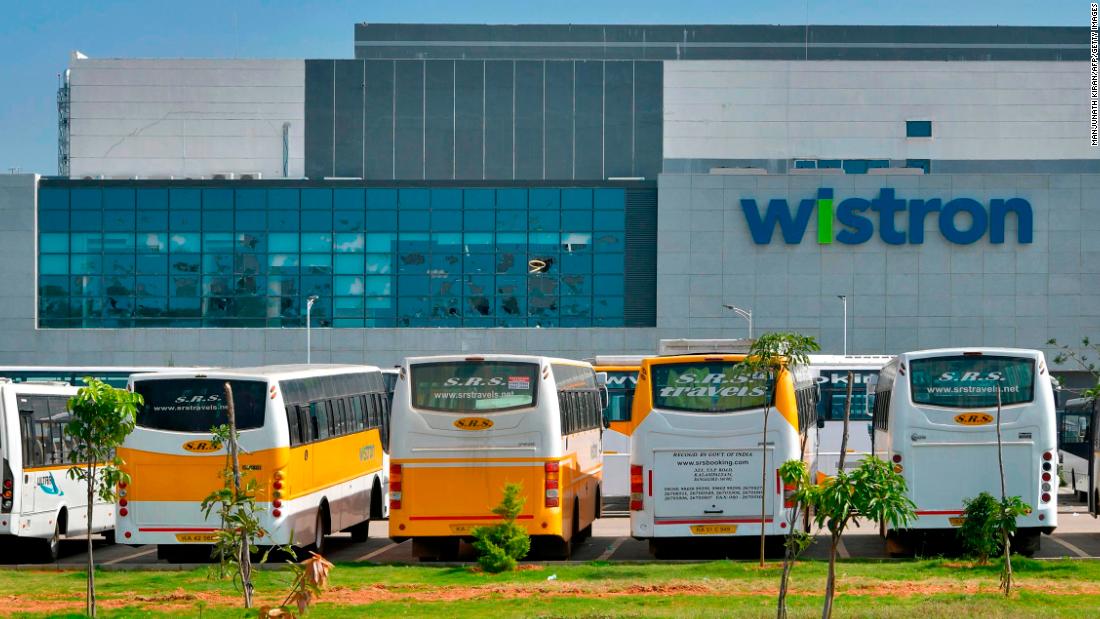 The Silicon Valley tech firm launched an investigation after local Indian media reported that workers vandalized an iPhone factory near Bangalore run by Taiwanese manufacturer Wistron. A local labor minister and a labor organization told CNN Business last week that workers there claimed they were not being paid their wages.
Apple (AAPL) said in a statement to CNN Business that an independent audit conducted in the wake of the violence found that payment for some workers was delayed in October and November.

“Our main objective is to make sure all the workers are treated with dignity and respect, and fully compensated promptly,” Apple said, adding that it has stopped placing new orders with Wistron as a result of its findings. “We are very disappointed and taking immediate steps to address these issues.”

Wistron did not respond to multiple requests from CNN Business for comment on Monday. However, the company has let go of an executive in charge of its business in India, according to Taiwanese media reports.

“We are removing the vice president who oversees our business in India,” Wistron said in a statement, according to the Taiwan Times. “This is a new facility and we recognize that we made mistakes as we expanded.”
Apple has had to grapple with serious labor concerns in Asia in recent weeks. Last month, it placed another big supplier, Pegatron, on probation for violating its labor code by having some student workers in China work nights and overtime.

Apple said at the time that Pegatron had fired an executive in light of the infractions. Pegatron also said that it had worked to increase oversight after the violations were discovered, including by arranging an external audit.

Allegations against Pegatron haven’t gone away, however. Last week, hundreds of workers protested at Pegatron’s facilities in Shanghai and the eastern Chinese city of Kunshan because they said they were owed bonuses and wages, according to human rights group China Labor Watch.

The organization estimates that up to 500 temporary workers, employed by local recruitment agencies in partnership with Pegatron, gathered outside the company’s Shanghai factory to protest on Saturday, chanting: “Pay the workers, sweatshop!”

Agencies had promised the workers special bonuses if they worked for 55 days, but did not follow through upon completion of their work, according to China Labor Watch.

The riot at the Wistron factory in India, meanwhile, made headlines worldwide last week after footage circulated on social media that appeared to show people smashing glass panels and tearing down CCTV cameras. In a filing with the Taiwan Stock Exchange last Tuesday, Wistron estimated that the violence had caused as much as $7 million worth of damage.

In its statement Monday, Apple noted that Wistron had taken disciplinary action and was in the process of “restructuring their recruitment and payroll teams” in Narasapura, the Indian region where the factory is located.

The firm has also set up a hotline for workers at the facility to call in anonymously with any concerns, it said.

Apple has long faced criticism for how workers in its supply chain are treated. To improve practices, the US company regularly conducts audits, including surprise visits, of its suppliers’ facilities around the world.