Analysis: China is hitting back at criticism of its vaccines with a dangerous disinformation campaign

Analysis: China is hitting back at criticism of its vaccines with a dangerous disinformation campaign - CNN, China 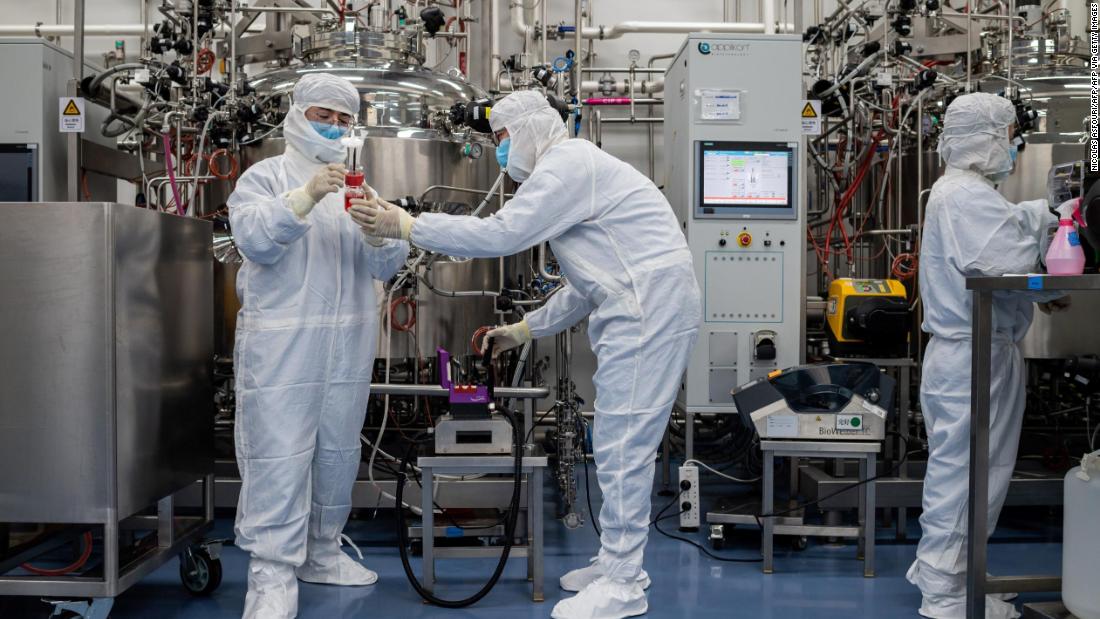 But with Chinese medical company Sinovac facing questions over the efficacy of its coronavirus shot, the country’s propaganda apparatus has apparently forgotten Xi’s comments. Instead, it is choosing to attack other vaccines — a dangerous gambit that could risk undermining overall confidence in mass vaccinations just as the world desperately needs people to get inoculated.

China has been widely praised for its decision to focus on providing vaccines to the developing world, with companies Sinovac and Sinopharm focusing on producing candidates that do not require expensive cold storage, unlike those released by Western drug makers Pfizer-BioNTech and Moderna which are being rolled out in the United States.
Then came the results from Brazil. Late-stage trials of the Sinovac candidate in the South American country reported an efficacy rate not of 78%, but 50.38% — barely above the 50% efficacy threshold set by the World Health Organization for approval.

The true efficacy rate of the vaccine is still unclear. As well as the initial 78% figure, Turkey, which approved the Sinovac shot for emergency use last week, reported an efficacy of 91.25%, while Indonesia reported 65.3%. Brazil’s data also suggests a greater level of efficacy in some cases than others.

Sinovac has stood by its vaccine, even as some countries have placed it under review and paused rollouts, but scientists have called on the company to release more data. The confusion has also shone a spotlight on the role Chinese authorities are playing in controlling information about the vaccines produced by domestic companies, though Sinovac — unlike Sinopharm — is a nominally private company.

Chinese officials and state media have made the country’s vaccine candidates a major point of national pride and a way to win global favor following a widespread backlash over the initial mishandling of the coronavirus outbreak in Wuhan, where officials have been accused of silencing whistleblowers and failing to act in time to contain infections.

It was perhaps inevitable, then, that any questions raised about a Chinese vaccine would be seen as an attack on the state, particularly in a climate of intense hostility between Beijing and Washington over the two countries’ respective responses to the pandemic.

“If you look at the websites of major media in the US and the West, almost all the news you read about the Chinese-made vaccine is negative,” Hu Xijin, the influential editor of the state-run tabloid Global Times, wrote on Saturday. “The press is out to destroy the reputation of the Chinese vaccine, hoping that the world will wait for Pfizer and other American and Western companies to produce surplus vaccines and finally get vaccinated.”

Hu’s paper has led the way in defending Chinese-produced vaccines, not by establishing their effectiveness, but by seeking to tear down the reputation of other candidates — particularly those produced by US company Pfizer.

In an editorial last week, the Global Times accused English-language media of “downplaying” deaths in Norway it appeared to claim were linked to vaccines, “as if they had already reached a consensus.” The report added that “those major Western media will immediately hype any unfavorable information about Chinese vaccines and try to amplify their impact on public psychology.”
While the deaths in question did occur after vaccination — and were reported on by CNN, among numerous other US media outlets — the Norwegian health authorities said that given the age and frailty of those inoculated, “it is expected that deaths close to the time (of) vaccination may occur.”

However, on Twitter, Liu Xin, an anchor with state broadcaster CGTN, has repeatedly — and baselessly — accused Western media of ignoring deaths and downplaying concerns about the Pfizer vaccine.

In a tweet shared by senior Chinese diplomat Zhao Lijian, a top spokesman for China’s foreign ministry, Liu said she could not “independently verify” the claims she was promoting, tagging a number of international media outlets and asking “What about following it up? Hello???”

Journalists, whether based in China, the US, or anywhere in the world, have a very good reason for not rushing to report on deaths supposedly linked to vaccines. Indeed, some outlets have been criticized for overplaying allergic reactions to vaccines or reporting on the deaths of people recently inoculated without evidence of any link with the shot.

Millions of people are being vaccinated against coronavirus around the world. Some will die in the wake of receiving the shot of unrelated causes, and a tiny few may die as a result of a severe allergic reaction to the vaccine. But neither means that the inoculation itself is unsafe.

“One of the things we want to make sure people understand is that they should not be unnecessarily alarmed if there are reports, once we start vaccinating, of someone or multiple people dying within a day or two of their vaccination,” Dr. Kelly Moore, associate director of the US Immunization Action Coalition, told CNN last month. This is particularly the case in the initial stages of the vaccine programs, when the majority of people being inoculated are elderly or immuno-compromized.
Derek Lowe, an expert on the pharmaceutical industry, wrote recently that “if you take 10 million people and just wave your hand back and forth over their upper arms, in the next two months you would expect to see” about 14,000 deaths from heart attacks, strokes, cancer, and other usual causes of mortality.

“But if you took those 10 million people and gave them a new vaccine instead, there’s a real danger that those heart attacks, cancer diagnoses, and deaths will be attributed to the vaccine,” he added.

While articles about allergic reactions and deaths linked to vaccines may put the matter in proper context, it is often difficult for headlines to do so. This creates the risk that people see only that there have been fatalities and get the false impression coronavirus vaccines are dangerous.

That is why the disinformation being put out by Chinese state media and officials — all in the name of defending a Sinovac vaccine that everyone in the world deeply wants to succeed, and that critics of which are only asking for more information on — is so dangerous. Vaccine hesitancy is already a major problem, thanks in large part to irresponsible media coverage of the MMR autism scare, which was pushed by a now-disgraced British doctor.
China has among the least vaccine hesitant populations in the world, according to a recent Nature study, which may explain why the country’s propaganda outlets feel freer to play fast and loose with reporting on Western vaccines. But to defeat the pandemic, we need about 80% of people to achieve immunity, and pushing disinformation risks undermining the work of companies like Sinovac to achieve this.